Meet Eddie Brock (played by Tom Hardy), an investigative journalist who inadvertently becomes the host of an alien symbiote while trying to revive his journalism career by investigating a scandal involving a company known as the Life Foundation. Brock discovers that sharing his body with the symbiote gives him superhuman abilities and a horrific alter-ego known as "Venom".

Check out the 2nd Official Trailer below:

Comics journalist and historian Mike Conroy stated that "What started out as a replacement costume for Spider-Man turned into one of the Marvel web-slinger's greatest nightmares." The anti-hero symbiote (Venom) was ranked as the 22nd Greatest Comic Book Villain of All Time in IGN's list of the top 100 comic villains. The character was listed as #33 on Empire's 50 Greatest Comic Book Characters.

Shortly after debuting, the 2nd official trailer for VENOM cliamed the #1 trending spot on YouTube and is currently still going strong amassing over 12.4 Million views in under 24 hours. The movie will be in theaters October 5th, 2018. 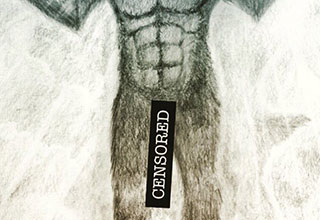