Ex-NFL star Antonio Brown called police to his Hollywood, Florida home this morning after his children's mother came to take his kids to school and tried to steal his Bentley in the process.

After police arrived, Antonio took to Instagram live and proceeded to yell obscenities at his ex and police. He even threw a bag of gummy penises at her.

Antonio Brown needs our prayers. The man needs help. But even bigger than that, my heart goes out to the kids who are in the middle of a war between their parents which is incredibly damaging to them.

Logan Paul even threw up an offer to take on Antonio in the ring.

Antonio Brown needs this fight now more than ever. i know the official offer was sent to him today, make it happen @AB84

Someone also tweeted out a series of events that have happened to Antonio after a devastating hit that was so hard that he laid motionless on the ground for 4-minutes.

Does he have Chronic Traumatic Encephalopathy (CTE)?

Here's AB's incident history before and after the hit: pic.twitter.com/9R3Sm1cem3 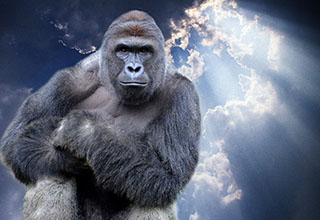