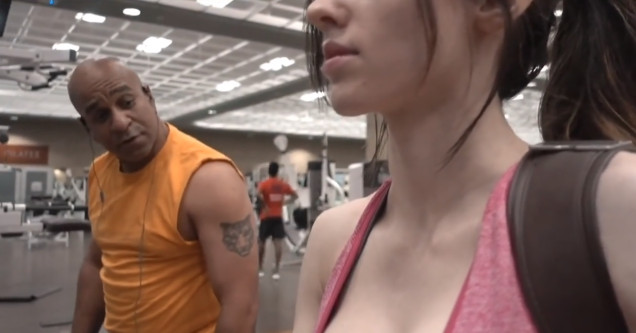 For Twitch IRL streamers like Amouranth, livestreaming isn't just a job, it's a way of life. She records herself just about anywhere she goes when she isn't twerking for tips while playing video games, capturing interesting moments along the way.

That includes the gym, apparently. Even though L.A. Fitness has an explicit rule against recording video while on its property, she brought her gear with her yesterday, providing some insight into what girls wearing booty shorts and bearing eye-popping cleavage have to deal with when getting in some squats and hip thrusts during leg day.

Right on schedule, a random Vin Diesel looking fellow popped out from behind her, gazing intensely at her attributes, back to front. Wearing a bright orange tank top and a wolf tattoo on his left arm, he didn't seem to care that she was uncomfortable. She tried to ignore him, but Twitch chat definitely noticed, resulting in plenty of funny comments.

For science's sake, this is what she was wearing: 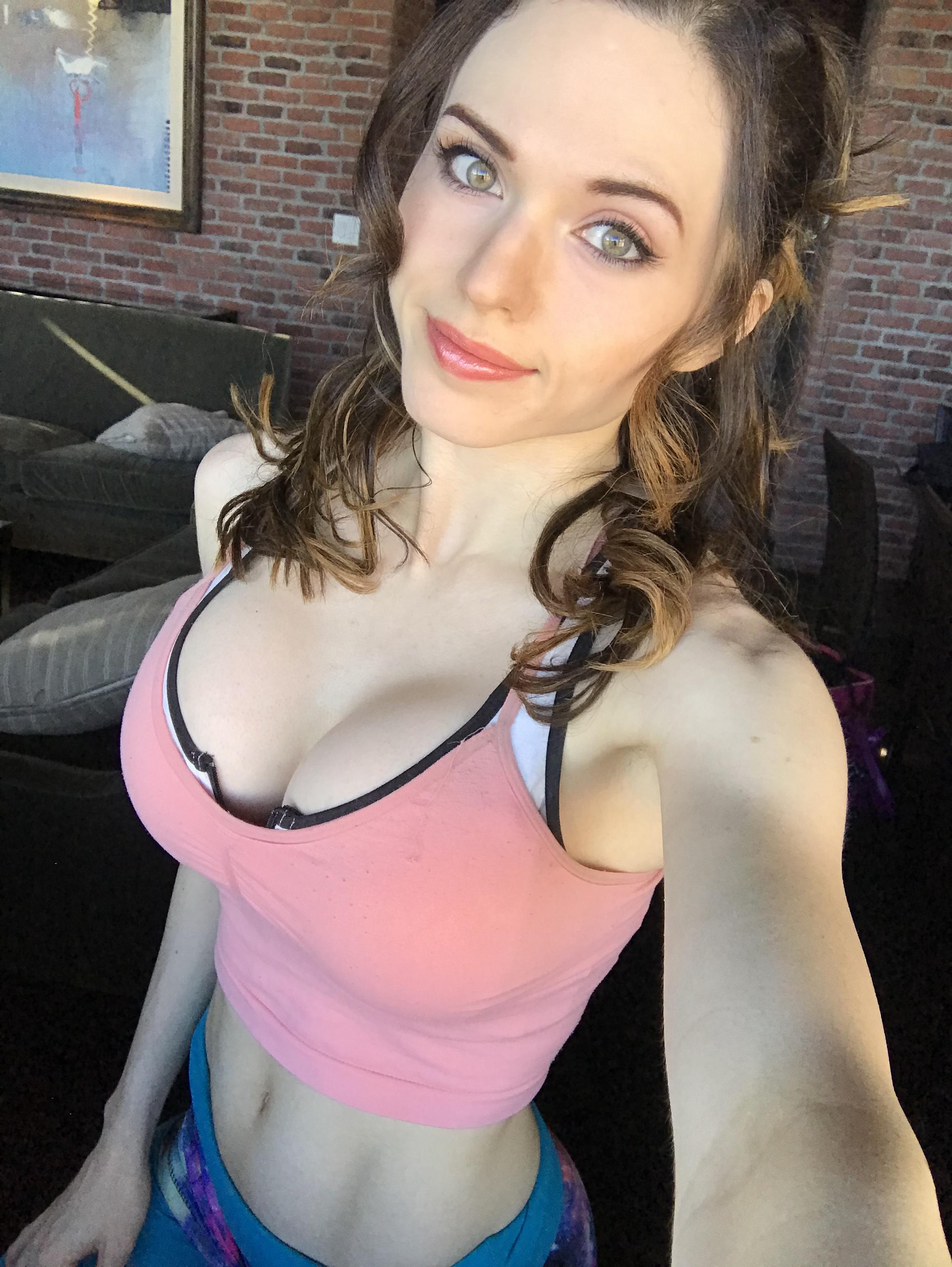 Also Watch: This Is What Female Gamers Deal With When They Play Online Games

This came just minutes after she tossed on a Shia Labeouf mask and began imitating the "Just Do It" video while standing behind a guy working out, a guy she didn't know and seemed to have no idea what was going on.

While we might not have the same assets, you can catch the eBaum's World team on Twitch where we livestream ourselves doing stupid things (as usual) and showing off our video game expert skills every Tuesday and Friday. 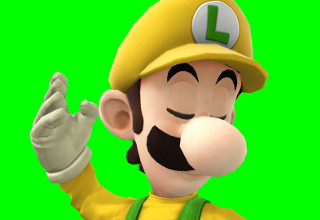 NEXT ARTICLE Mario's Moustache Is 12.6 Inches According To Luigi's Ding Dong