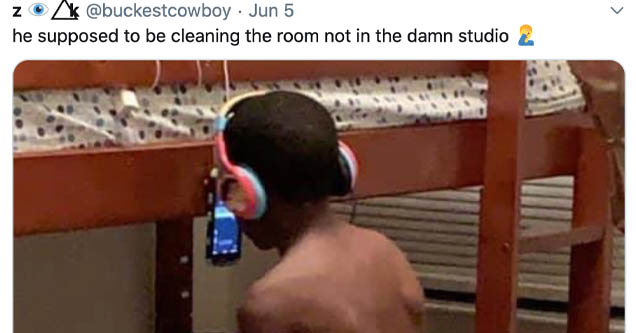 There's SO MUCH bad news these days, but don't be fooled - there's still plenty of great stuff happening too!

This is the story of Ray 3, an aspiring 11-year-old rapper who went viral recently after a photo of his makeshift bedroom "studio" blew up on Twitter.

he supposed to be cleaning the room not in the damn studio ‍♂️ pic.twitter.com/098XJoxzQF

That tweet, which has since been retweeted nearly 35,000 times eventually caught the attention of songwriter/producer Kenny Beats, who wanted to find the young man and get him some real equipment to work on.

Well, pretty soon there were people from all over wanted to help Kenny give Ray the hookup.

I’m down to peice up on a laptop

I’ll pitch in on God. This remind me of when I had to hang the mic from the ceiling fan https://t.co/iguwleVaHI

lemme get him some proper headphones pls

Yooo I’ll throw down a mic for this dude forsure!

What else he need?? Happy to supply

After finding Ray's YouTube, it didn't take long for Kenny to get in touch with the young man and put together an order for him.

Everyone who saw this meme knew that this kid was going to win.

Thanks to some amazing people we just sent Ray 3 his own home studio!

Lets do this every month? pic.twitter.com/aFuniM9MxD

We should hopefully be hearing some new music from Ray possibly as soon as today, although it hasn't been released at the time of writing.

Whose ready for this heat dropping tomorrow ? #ray3

It's only a matter of time before we're all rocking to Ray's budding genius, and we're 110% here for it.

i am ready to stan Ray. my pockets are ready to buy every song. my body is ready to dance at the concerts. https://t.co/J5XWq0LHWx 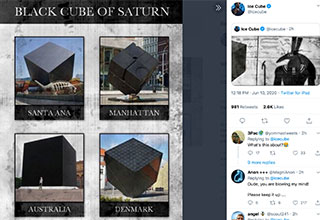