In February of 2018 Sarah Funk uploaded a video to Youtube documenting her exploration of a secret "red lake" called Lake Mitsero, in Cyprus.

30 seconds into the video her companion says "This is the stuff that murder episodes are made out of." At 1:24 (in the Youtube video below) Sarah Funk even says "It just feels like death, you know what I mean?" 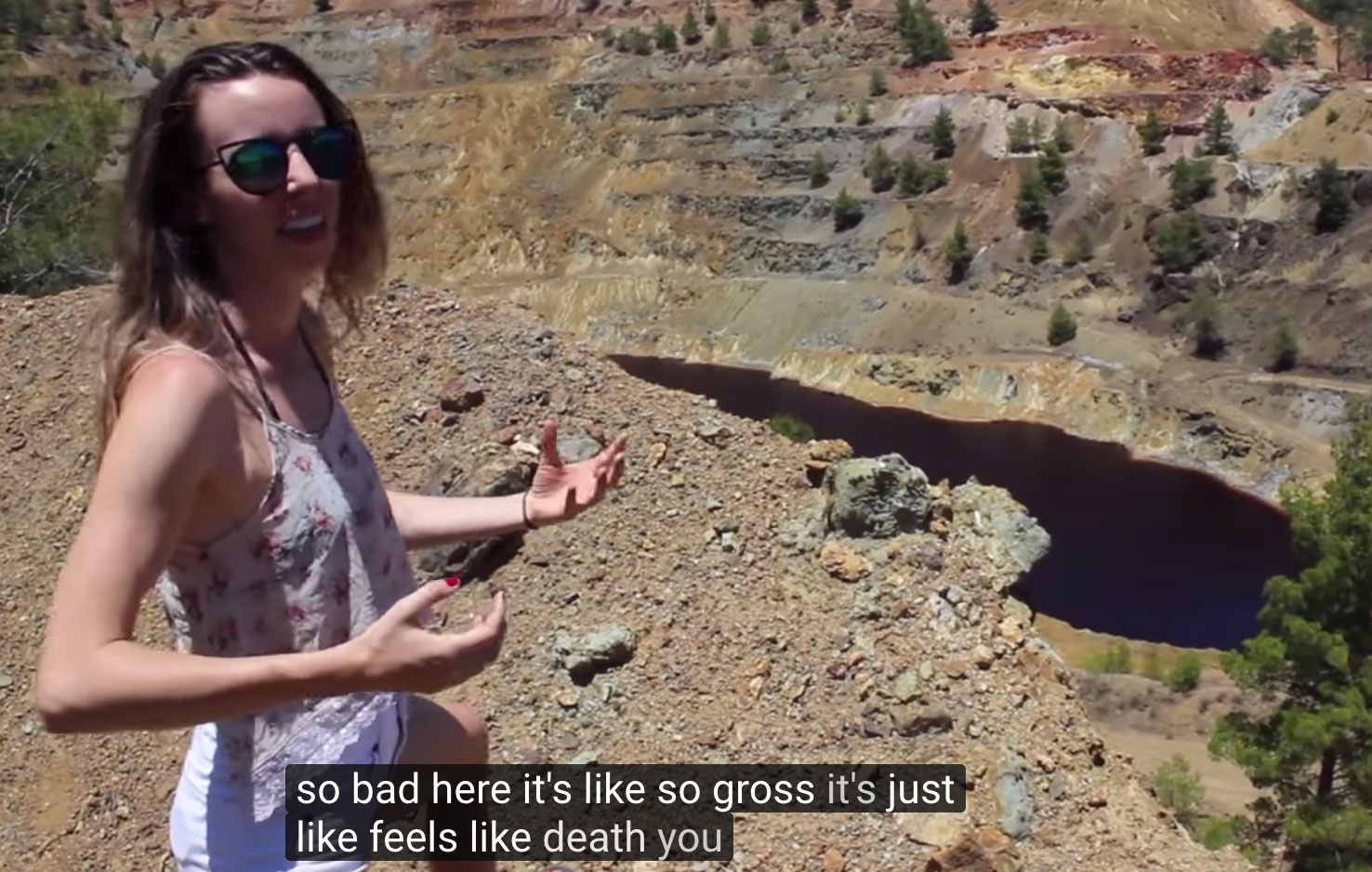 Well, what they didn't know is that they were both correct. It turns out that during the shooting of this video they captured a mysterious looking object sticking out of the water. It was a suitcase that contained the remains of a missing victim of a serial killer. 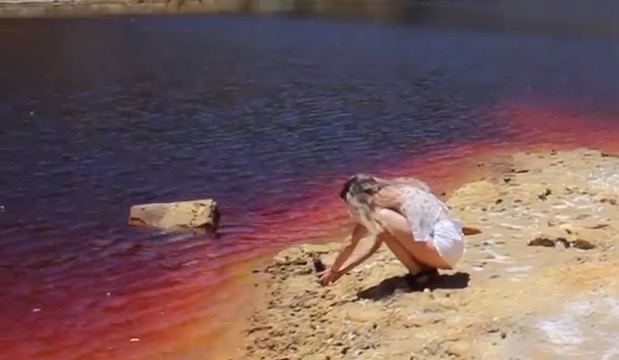 Sarah Funk taking a photo of the water, feet away from the suitcase 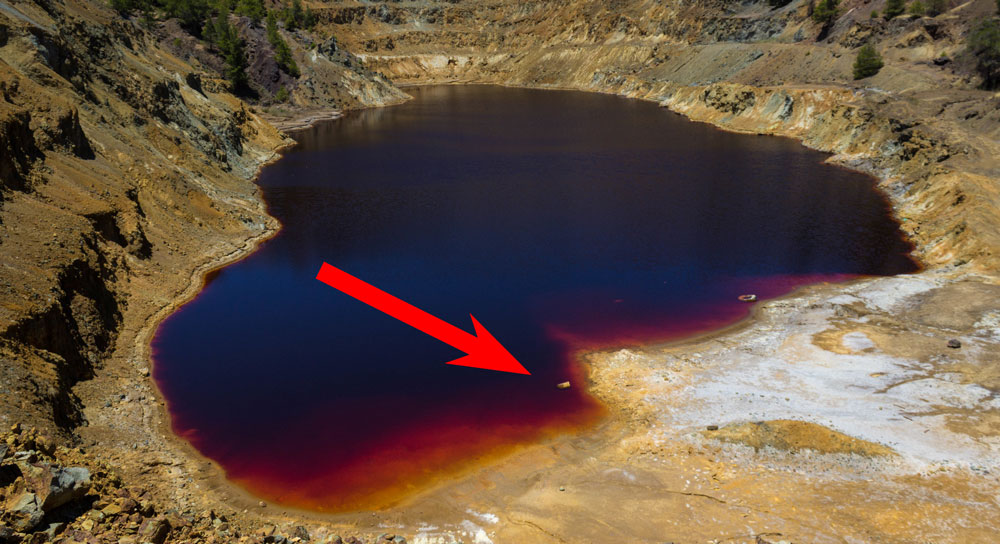 Overhead view of Lake Mitsero, arrow pointing to the suitcase

The national police confirmed to the BBC that a woman's body was found on Sunday in a suitcase in a man-made lake in the village of Mitsero, some 32km (20 miles) west of the capital, Nicosia.

Police were searching the area after the 35-year-old suspect told investigators he put the bodies of three of his victims into suitcases and threw them into the toxic red lake, which is part of a now-defunct copper pyrite mine.

The man suspected of being the serial killer was Greek-Cypriot army officer has confessed to killing the seven women and girls. 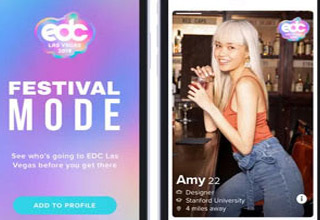