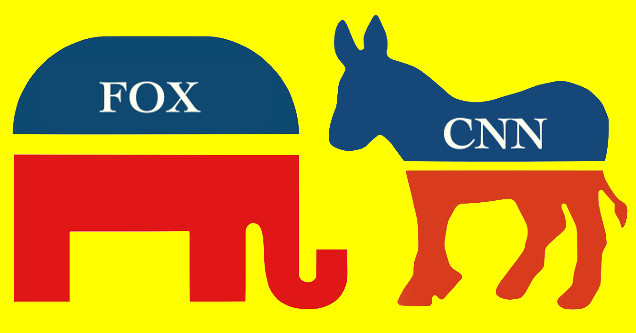 Whether you sit on the left chatting about global warming like Obama, hang out and hunt deer on the right like Sarah Palin, or enjoy listening to Ron Paul talk about how the Federal Reserve should be dismantled, I'm sure you can agree that there was a lot of fake news in 2017.

In fact, the only thing thrown around more than fake news this past year is the term "fake news". It's trended more than the Ice Bucket Challenge, and been longer lasting than Hillary Clinton's pneumonia.

Where the debate begins is when you talk about who is making up fake news and who isn't. CNN and Fox News are certainly the two that are mentioned the most often, regularly being catapulted into fiery debates about which network is the most untrustworthy.

To celebrate the end of this rather eventful year, we're looking to you, eBaum's World readers, for your opinion on who is the king of fake news. Below we've supplied some video material to help you get up to speed. All you need to do is comment below with your opinion on the matter.

What do you do if you want there to be drama but there is none? Create your own by making a fake protest like CNN did in the segment below, of course.

Ben Shapiro is a tough guy to debate, and it wasn't long ago that he went hard on CNN about fake news when on the network for a few minutes. He hasn't been on since.

While undercover, one of Project Veritas' operatives caught tape of a CNN producer admitting that the Russia narrative is "bull****", yet the channel keeps pushing the drama forward because it produces high viewership and ratings.

This week Conservative YouTube personality Mark Dice did a good job of laying out some of CNN's biggest fails of 2017, some of which were fake news related.

Lastly, let's get Trump's opinion on the matter.

Fox found itself in the spotlight after showcasing an interview it had with a supposed Navy SEAL. Turns out that he wasn't a Navy SEAL at all.

There's been a theory pushed by Fox that DNC staffer whose name was Seth Rich was assassinated by the Democrat's upper leadership. The Young Turks argue that this is all fake drama, and wonder why nobody at Fox has been let go for perpetrating these uproarious rumors.

This imaginary "Swedish Defense Advisor" was a perfect guest for Fox to say nice things about Trump. Unfortunate for the network, Swedish national officials soon came out and said that they've never heard of the guy.

Former Fox News contributor Tamara Holder states that not only is Fox News deceptive, but has tried to silence Chairman Rupert Murdoch from speaking out.

Let's get Obama's opinion on the matter.

Cast your vote below. 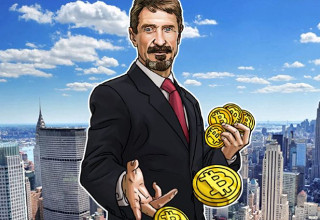