Way back in 2008, eBaumsworld was graced with a wonderful video simply titled, "Fart Man." The video featured Mr. Methane, a self-proclaimed "professional farter," showing off his amazing skills on a Norweigan television show. You can see the video below.

Mr. Methane's real name is Paul Oldfield and he began farting professionally back in 1991. In 1994 he recorded a parody version of  Phil Collin's "In the Air Tonight" titled, "Curry in the Air Tonight." However, Collin's management team denied him permission to release the song(sad!).

Ever since then he has been on countless television and radio shows including The Howard Stern Show and Britain's Got Talent where Simon Cowell called him a "disgusting creature."

In 2014, he released his very own fart app for iPhone and Android which featured, "a fibre filled menu of genuine colon coughs and National Anthems as you never heard them played before." The app is no longer available (sad!).

Today, Mr. Methane runs a YouTube channel where he posts cover songs as well as "Personalised Fart Greetings" that you can request for only £75. He also has a website that appears to be circa-2001 where he has a Fart Shop, Fart Downloads, and a Fart Show which you can book for your next business party.

Check out some of his best cover songs below: 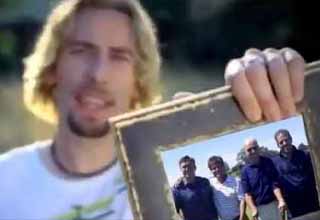