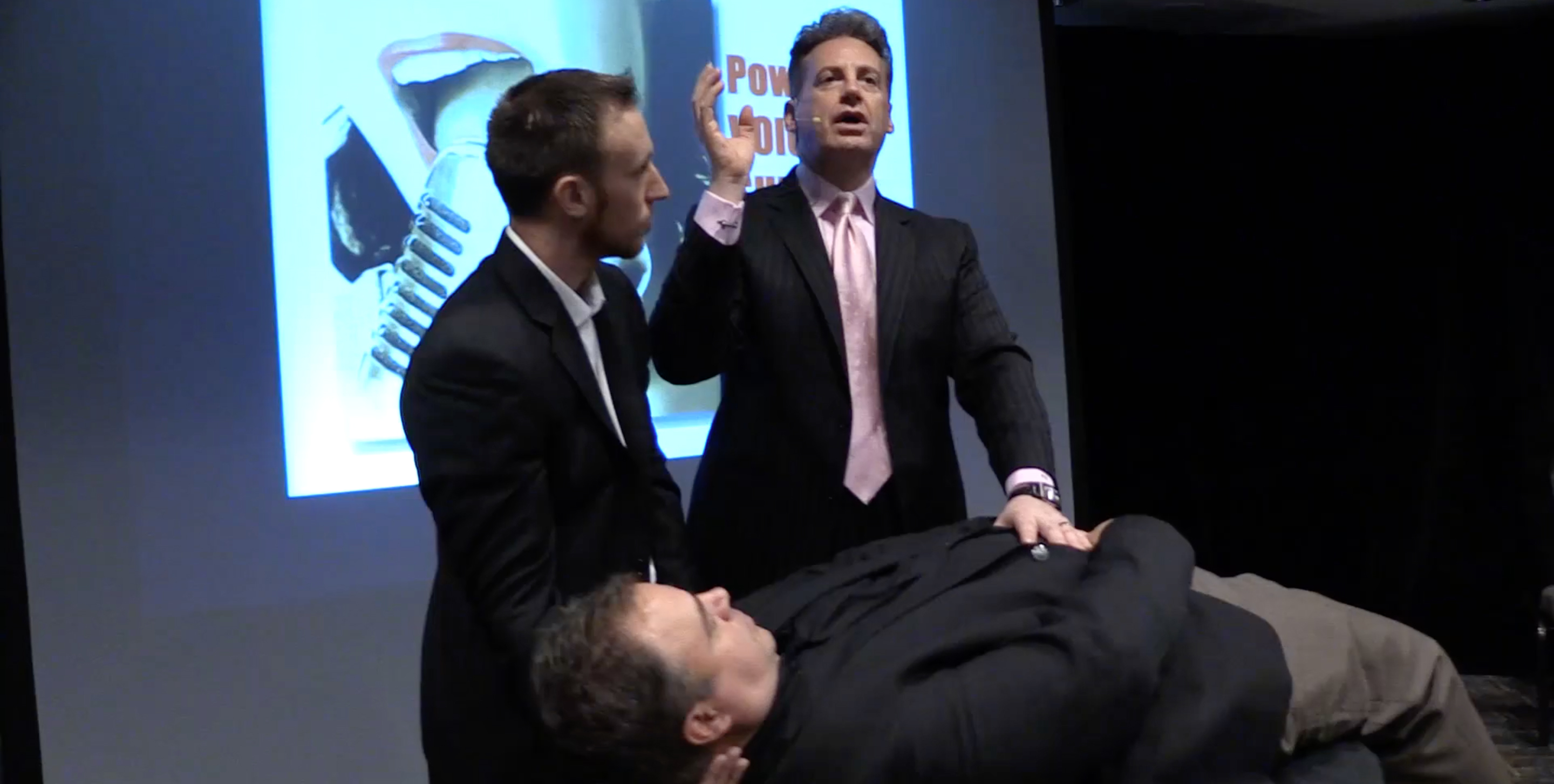 Once upon a time there was a guy named Joel Bauer who had zero tolerance for regular business cards.

Not like a business card at all, but a 10-page pop-up children's book in the shape of your face.

It was a truly insane business card designed by a truly unhinged person, and he thought it was perfect because it cost $4 to print and could never fit in your wallet.

In the time since this viral video, Joel's business model of having a radioactively toxic personality has taken him around the world, and to this day he continues to get people to pay him to yell at them. 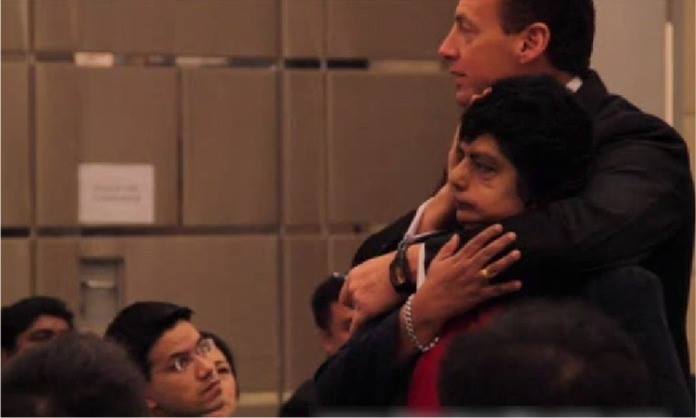 [Pro Tip: For an extra $50 Joel will choke you in public]

Joel is basically like an angry self-help podcast that offers a lot of vague advice in order to attract a wide net of customers.

He also wears suits that look like shiny hotel wallpaper to emphasize the emptiness inside.

To give you an idea of how useless Joel's life advice is, here's a 20-minute video of him explaining how to pack a suitcase.

While trying to focus on sounding like Patrick Bateman from American Psycho, Joel gets distracted talking about the tightness of frog butts and explaining why he hides an entire laptop in his jacket.

And for some more personal flavor, watch Joel talk about how excited he is to murder people while gripping his daughter's shoulders.

You can't fake crazy like this. You have to be born with it.

Thankfully, Joel has also kept up his schtick of making pop-up paper products no one asked for.

In his seminars, he shows off a brochure that has a giant cut-out of himself popping up in the middle that he somehow sells to people for thousands of dollars.

The only tangible takeaway you could probably get from one of Joel's seminars is if you studied how to fleece people just like him and become a classy scammer yourself.

Joel's a legend and he will never die. Like Paul Bunyan, he'll cut down an entire forest just to make a killer business card, so we had to salute him with a Wayback WHENsday in his honor.

Click here to make your computer pet your brain and calm you down again. 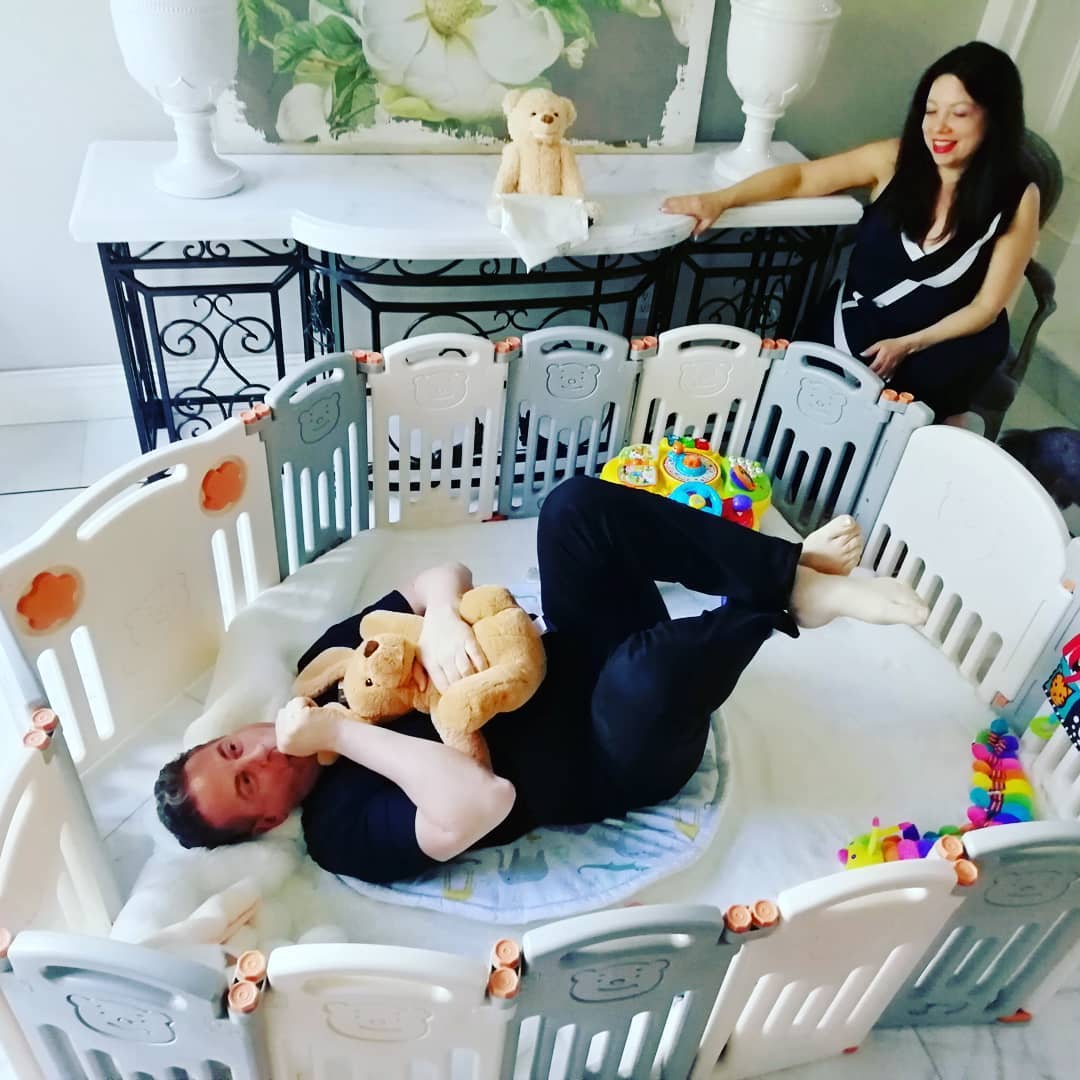 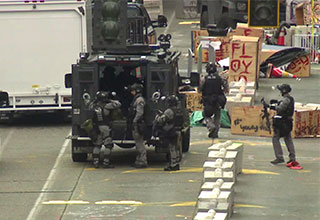 NEXT ARTICLE The CHOP Finally Got The AXE Today