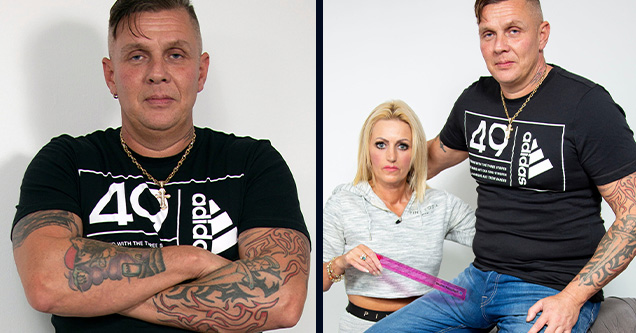 In an apparent case of "Problems Most Guys Would Kill To Have," a U.K. man who was suspected of shoplifting due to the unusually large bulge in his pants had to drop his trousers in order to prove that he's no thief - just extremely well-hung.

47-year-old Steve Whitehurst was shopping at a menswear store with his girlfriend, Mandy Shenton (pictured above) when a store manager confronted him about her suspicions that he was trying to steal items by shoving them down his pants.

"I had very tight jeans on that day and there was a bulge, yes, but that’s not illegal," Steve told The Sun. "The manager started arguing with me. She wouldn’t let it go. I just kept telling her that it was my penis. Eventually, I dropped my trousers in front of everyone and just stood there in my boxer shorts and said, ‘See, I’ve got nothing to hide.’" 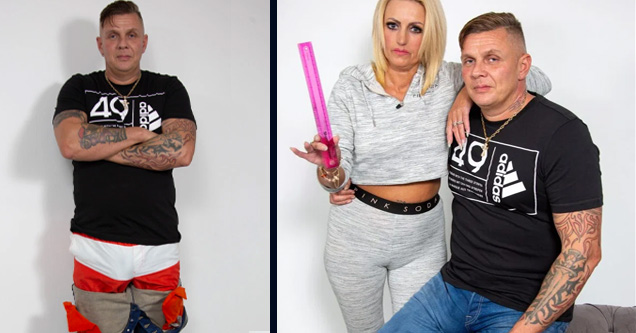 Unfortunately, the manager still wasn't buying, so Steve had to go into a cubicle with a male security guard and prove he had the good, alright - just not the ones the manager suspected.

A statement by the company which owns the store claims that Steve was stopped because he was "exhibiting suspicious behaviour," and that "at no point did any colleague ask the customer to remove any clothing."

Steve has filed a formal complaint with the company and calls it the "craziest experience" of his life. 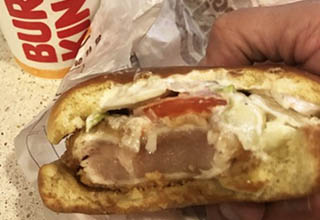