The Mayor of Flavortown is here to save America. Guy Fieri, the bleached man on fire has carved out his place in the hearts of millions for showing us what it means to not only be cool but to act cool.

News that Guy Fieri has helped raise over $21 million, in seven weeks, for unemployed restaurant workers, is just the latest act of kindness from America's Mayor.

I will fight anyone to the death that speaks ill of @GuyFieri - he's out there doing more than the clowns we elected to run the country.https://t.co/8lO2v9W1sg

Guy Fieri has long been the butt of jokes, but since he's done more for out of work Americans in the last eight months than the federal government, many people have found a new love for him.

The only mayor in America actually doing something to help people. https://t.co/fktn0qyl9Z

At a time when people feel like their government, local and federal have left them out to dry, Guy Fieri reminds us what it means to take care of our neighbors.

Just your occasional reminder that @GuyFieri is a ridiculously good human who walks it like he talks it. https://t.co/DrUVTW2uDX

Actually Guy Fieri is a good person and his soft-belly populism has expanded the American diet for the better, and brought attention to a lot of great local businesses. Fight me. https://t.co/Nt21PFSCHc

The Guy Fieri news comes at a time when California is entering another shutdown, and many businesses who tried their best to comply are forced to close up shop. Pineapple Hill, a sports bar in Los Angeles went viral over the weekend when the bar's owners made an impassioned plea to the city of LA to help do something about the many business in need.

It should be noted that California has not restricted some film shooting going forward, which has irked many people the wrong way, but the main difference between keeping shoots open and closing restaurants is film shoots require covid tests while restaurants do not.

The only good government is the government of flavortown https://t.co/sAaTKrNLdo

Flavortown isn't a real place but we can imagine that if it were, people would work together to solve their problems. They stuff their faces with hot-dogs and hamburgers, they would shop locally, and they surely have great health-care, because god knows they'd need it. It's sad that Guy, a food celebrity is doing more than most elected officials, and it making many people wish Flavortown were real after all. 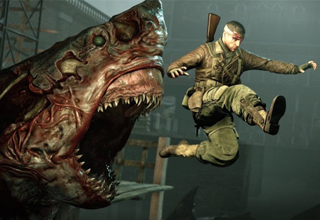 NEXT ARTICLE 10 Great Video Games You Definitely Missed in 2020