A jaguar really didn't want to be part of a lady's social media post.

A visitor to the Wildlife World Zoo crossed a barrier to take a photo with the zoo's Jaguar. The Jaguar grabbed the woman. A man nearby shoved a water bottle into the enclosure to stop the attack, but not before a brief mauling. The results are painful and hard to watch.

The woman was very remorseful and apologized to the zoo.

Acc. to @ZooWildlife: "Victim contacted the zoo and wanted to speak to the owner. She came out on Sunday and met with the owner Mickey Ollson. She told him she loves the zoo and feels horrible about the bad publicity the zoo is getting regarding the incident..." pic.twitter.com/e2bK5BnqYf

"...She admitted fault. She did go seek medical attention and was released after getting stitches. Victim felt remorse for the incident." Details at 9 on 3TV and 10 on CBS 5 #azfamily

The zoo announced that the jaguar would not be euthanized–

That was my biggest concern. Glad the Jaguar won’t get punished for being a Jaguar.

–all was well back at the zoo, but folks online still got in their jabs.

What about the woman? Will she be put down?

White Lady: *climbs over fence to get a selfie*
Jaguar *remembering Harambe*: pic.twitter.com/3AZDoKoBYO

Jaguar lady: hey can I take a selfie real quick?
The jaguar:pic.twitter.com/UHxu9xHcEF 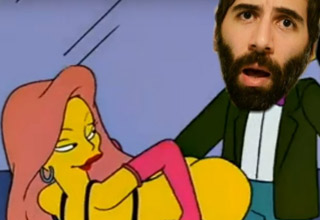