On the British morning show This Morning, guest dog owner Lucy Carrington claimed that her dog is actually a vegetarian, preferring a meat-free lifestyle.

The hosts, Eamonn Holmes and Ruth Langsford, decided that they were going to put this to the test, by giving the dog the option of a bowl of meat or a bowl of carrots and pees. GUESS WHAT THE DOG CHOSE?

Storm the vegan dog: "She brings me on national TV and they offer me meat? THANK GOD!" #ThisMorning

As Lucy Carrington left the show she explained that she was going to start feeding the dog meat again, as it's clear that that's what the dog wants. No shit, Lucy. 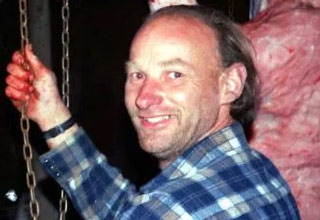 NEXT ARTICLE Psychotic Pig Farmer Who Killed 49 Prostitutes and Turned Them Into Ground Meat, Wishes He Had One More