"Cancel culture" is here. In the wake of creepy James Franco stories recently surfacing, writer Nicole Cliffe seems to be very interested in taking down Jeff Goldblum. Check out some of her tweets below.

no one is excited about this one, but your boy J*ff G*ldblum also has some shit that we may or may not ever hear about

She claims to have a "very trustworthy investigative journo with great creds" who would love to hear people's creepy Jeff Goldblum stories.

I have a very trustworthy investigative journo with great creds who would love to talk, even on background or just to explain what your process options are, so I remain nicole dot cliffe at gmail, and if you have a JG story I will give you the journo's info and also listen.

Her tweet blew up and she apparently got tons of emails with Jeff Goldblum stories.

love to all of them

and some were a lot lot worse than others

Some people tweeted back with their own Jeff Goldblum stories. None of this is confirmed or should even remotely be considered at this point, but it seems like the hammer may be coming down if an article with claims actually gets written.

Oh I have a Jeff Goldblum story! We were in traffic school together, he flirted with me relentlessly, realized I was a ballet dancer and tracked me down at a dance studio & left a message for me to call him and the rest I will leave off of open Twitter. DM if you want to hear...

He has been a creepy dude aggressively hitting on underage/barely legal girls FOREVER! So glad people are finally talking about it above a whisper.

Met him like 8 years ago when I was 17 with my friends and it was probably THE creepiest interaction I've had. He was rubbing mine and my friend's back when we posed for a pic and some super young girl he was with took the pic for us

A group of us ran into Jeff Goldblum in Manhattan in 2005 and asked for a group photo as fans do.

After the photo was taken and Jeff walked away, one of the girls who was posing next to Jeff was a little stunned, informing us that he had been grabbing her butt during the photo.

I remember hearing whispers around NYU when he did a play in New York in 2005 or 2006. I’m pretty sure there was also a Facebook group at the time called something like “Jeff Goldblum molested me and I kinda liked it” 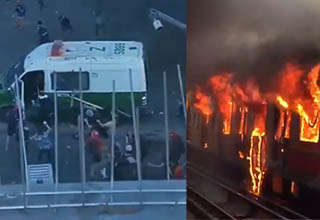