If you’re on TikTok, chances are you’ve seen the strange little dancing elf that’s gone viral, as well as the trending TikToks it’s inspired. The elf, known is “Tiburcio,’ is a Portuguese character first introduced to TikTok by account @mestreensinador1 in May of 2020.

Tiburcio went viral on November 17th when @mestreensinador1 posted a video of it emerging from a log and dancing and twirling amongst leaves and bushes. He followed up three days later with another video of the elf, this time dancing to what sounds like the start of a Europop tune.

Something about the little white creature in the iconic green hat captivated TikTok and sparked two more viral trends. The first was the natural reaction to emulate it.

Simple enough and ear-catching regardless of music choice – odd, mystical little ditty, or the Eurodance number. The attention to detail in these recreations is also pretty commendable, considering the choice of location, the camera angles, and the accuracy of the costumes.

The second trend is a bit more convoluted and a lot funnier. It started in October with TikToker @iz.khalifa1 showing her younger brother the dancing elf and convincing him it’s a video of when he was a baby. He says he remembers the events transpiring in the video even though it’s clearly a puppet and not a human child. She even tries it again in a later TikTok with a different clip of Tiburcio and gets the same response.

This inspired similar duets of people showing the video to younger siblings and children, telling them it’s a video of them as a baby and asking them if they remember, often with a healthy dose of gaslighting. Shockingly, a lot of them say they do.

What would TikTok be without a little added humor? @Finbarmac posted a twist on it with a little role reversal.

And @dlux32 tries the same with his son, but instead of the clip of the puppet, he shows his boy one of the recreations featuring a grown-ass man. 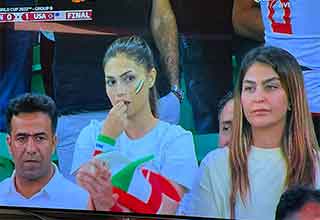