Marvel's Avengers franchise was a truly epic experience of amazing story telling along side stunning special effects.  The action packed fight scenes and emotion filled moments seamlessly bridged the gap between comic book fans, action-movie buffs, and everyone else who enjoys a great story about a superhero.

The MCU's collection of Avengers movies (as well as the individual character movies) have no doubt become one of the biggest and best franchises in movie history.  The franchise has become a huge part of internet culture, and  is valued at over 18 Billion in world-wide sales, and if you've seen any or all of them, it's easy to understand why.

Check out: 17 Avengers End Game Memes That'll Snap You Back To Life

Youtube creator Slyfer2812 has a channel full of amazing edits and re-cuts of various films, which all do an awesome job of really showing the suffering and the toll their heroic actions took on them . Check out these 3 awesome examples of his work for Thor, Tony Stark, and Peter Quill / Starlord.  There's a bonus Tony Stark clip from VCreations at the end, and it's a real tear-jerker.

"For the first time in a thousand years, I have no path."

A new take on Thor Odinson. On this one I tried to do something different than usual, I focused on the hate, revenge, and sadness of Thor. Despite everything that happened In Endgame, he is still my 2nd favorite character of the MCU.

Tony Stark - You can rest now.

"Everybody wants a happy ending, right ? But it doesn't always roll that way."

With tears of joy and sadness I bring you today this tribute. Tony Stark has been my favorite character for as long as I can remember, and It's been hard but with this video I can finally say goodbye. This video is a ... Tribute? A little box of memories ? Something to remember ? I'll give that to you. Until then, Tony, I let you go. Thank you for everything, Robert.

"Sometimes, the thing you've been looking for your whole life is right there beside you all along."

As I did with Rocket, I wanted to try to make an emotionnal one with Peter. Even while being one of the funniest character of the MCU he still have one of the most tragic story. He lost his mom early, his real father, his adoptive father and Gamora. That is exactly what I tried to explore in this one.

Here's a bonus for fans of Tony Stark, this touching tribute titled "The Way" is by a different youtube creator (VCreations) and is a real teal jerker that truly shows Tony Stark absolutely was the guy to make the sacrifice play. 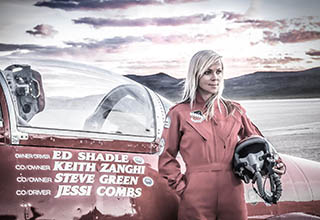