In 1950, a man with mutton chop sideburns and Victorian-era duds popped up in Times Square. Witnesses said he looked startled, and then a minute later, he was hit by a car and killed. The officials at the morgue searched his body and found the following items in his pockets:

None of these objects showed any signs of aging.

A MAN FROM ANOTHER DIMENTION July 1954: A man arrives at Tokyo airport in Japan. Upon checking his passport, they see that he hails from a country called Taured. The passport looked genuine, except for the fact that there is no such country as Taured. The man was asked to point out where his country supposedly exists on a map. He pointed his finger towards the Principality of Andorra, but becomes angry and confused.

He’s never heard of Andorra, and can’t understand why his homeland of Taured isn’t there. According to him it existed for more than 1,000 years. His passport had been stamped by many airports around the globe, including previous visits to Tokyo. Baffled, they took him to a local hotel and placed him in a room with two guards outside until they could get to the bottom of the mystery.

Later, when the hotel room he was held in was opened, the man had disappeared. The police established that he could not have escaped out of the window--the room was several floors up, and there was no balcony. On February 2, 1959, nine experienced ski hikers died under extremely strange and somewhat frightening circumstances in in the Ural Mountains of Western Russia. The goal of the ill-fated expedition was to reach Otorten, a mountain that was approximately 6 miles away.
Some of the hikers were found wearing ripped pieces of clothing that were torn off of other hikers who had died before them, some were missing a shoe or a sock, and some of them were shown to have high doses of radioactive contamination on their clothing. Their bodies showed no visible signs of wounds, yet one of the women was missing her tongue, and autopsies revealed that Nicolai Thibeaux-Brignolle endured fatal skull damage, and the bodies of Alexander Zolotarev, and Lyudmila Dubinina had been fatally struck with a force that can only be compared to a car crash. In February 2013, a 21-year-old student from Vancouver, Canada, was found dead inside the Cecil Hotel’s rooftop water tank in Los Angeles. There is is an elevator surveillance tape that recorded Elisa Lam’s behavior only a few moments before she lost her life.

Here you can see the footage:

At first, Elisa enters the elevator and apparently presses all of its buttons. She then waits for something to happen but, for some reason, the elevator door doesn’t shut. She starts to look around, as if she is expecting (or hiding from) someone. Two minutes in, her arms and hands start moving in a very strange matter (almost not human) as she appears to be talking to someone, something … or nothing at all. She then walks away. The elevator door then shuts and appears to start working again.

Right after the events of the video, Elisa apparently gained access to the rooftop of the hotel, climbed to its water tank and, somehow, ended up drowning in it. Her body was found two weeks after her death, after hotel guests complained about the water’s taste and color. Shortly after the discovery of Elisa Lam’s body, a deadly outbreak of tuberculosis occurred in Skid Row, near Cecil Hotel. You probably won’t believe the name of the test kit used in these kinds of situations: LAM-ELISA. 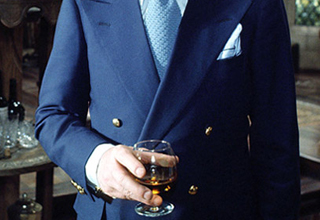