Most diseases suck, but they can be cool if they are strange and the person who has them isn't me. I have therefore compiled a veritable fun-house of medical anomalies for you, dear reader, to relish at your leisure.


1. Epidermodysplasia verruciformis (The Treeman of Java)

This disease turns you into a tree, like this guy from Java. Last I heard he was undergoing an experimental surgery performed on him by lumberjacks, ho ho ho. Also, he is in pain. 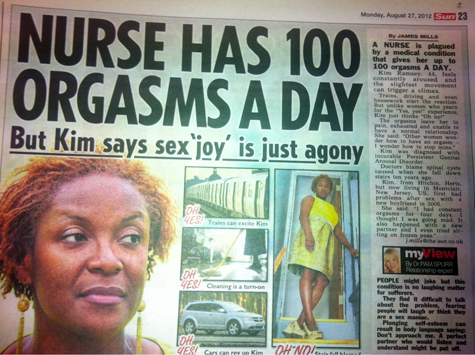 If this woman had a nickel for every orgasm, she'd be making 100 nickels a day. Women who suffer from Persistent Genital Arousal Disorder compare it to banging a ghost dick all day. We do not know for sure if the ghosts are really causing her to orgasm or if she just feels bad for them. 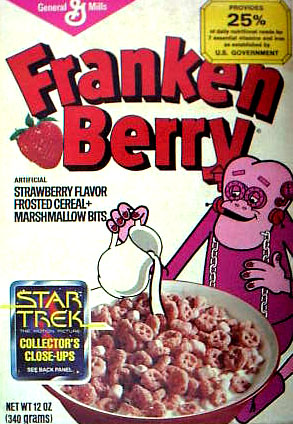 The American Academy of Pediatrics once published a report titled, "Benign Red Pigmentation of Stool Resulting from Food Coloring in a New Breakfast Cereal (The Franken Berry Stool)." The report was written in 1972, which isn't surprising considering that the author describes Franken Berry as a "new breakfast cereal" and refers to the symptoms of "A 12-year-old Negro boy." 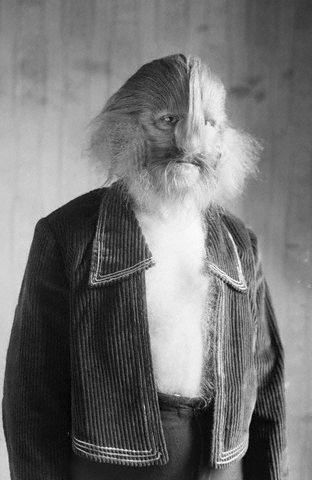 This disease causes an excess amount of hair to cover one's body. One such famous case was Stephen Bibrowski (pictured above). his mother thought the disease may have resulted from seeing the boy's father mauled by a lion while she was pregnant. It is unclear how his father could have been mauled by a lion while living in Poland. Many confuse Hypertrichosis as just being Persian. 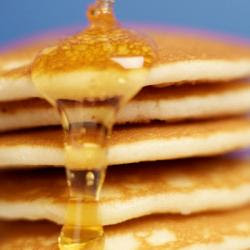 Maple Syrup Urine Disease is "a potentially deadly disorder" with a hilarious name. If you have MSUD, you can look forward your friends making endless jokes about pissing on pancakes while a deadly build-up of amino acids eats away at your brain. As the kids of today might say, that's pretty "ironic." 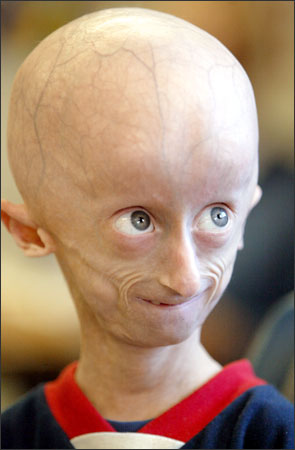 Also known as Benjamin Button Opposite Day disease. The best treatment for those afflicted Progeria is to the tell them they are actually part of an alien race and quarantine them with other children like themselves so that they may never know the truth of what they are missing out on. 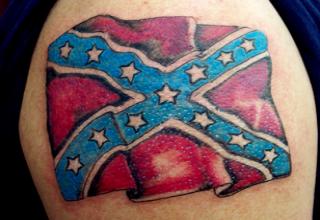 NEXT BLOG High School Put on Lockdown Because of Confederate Flag