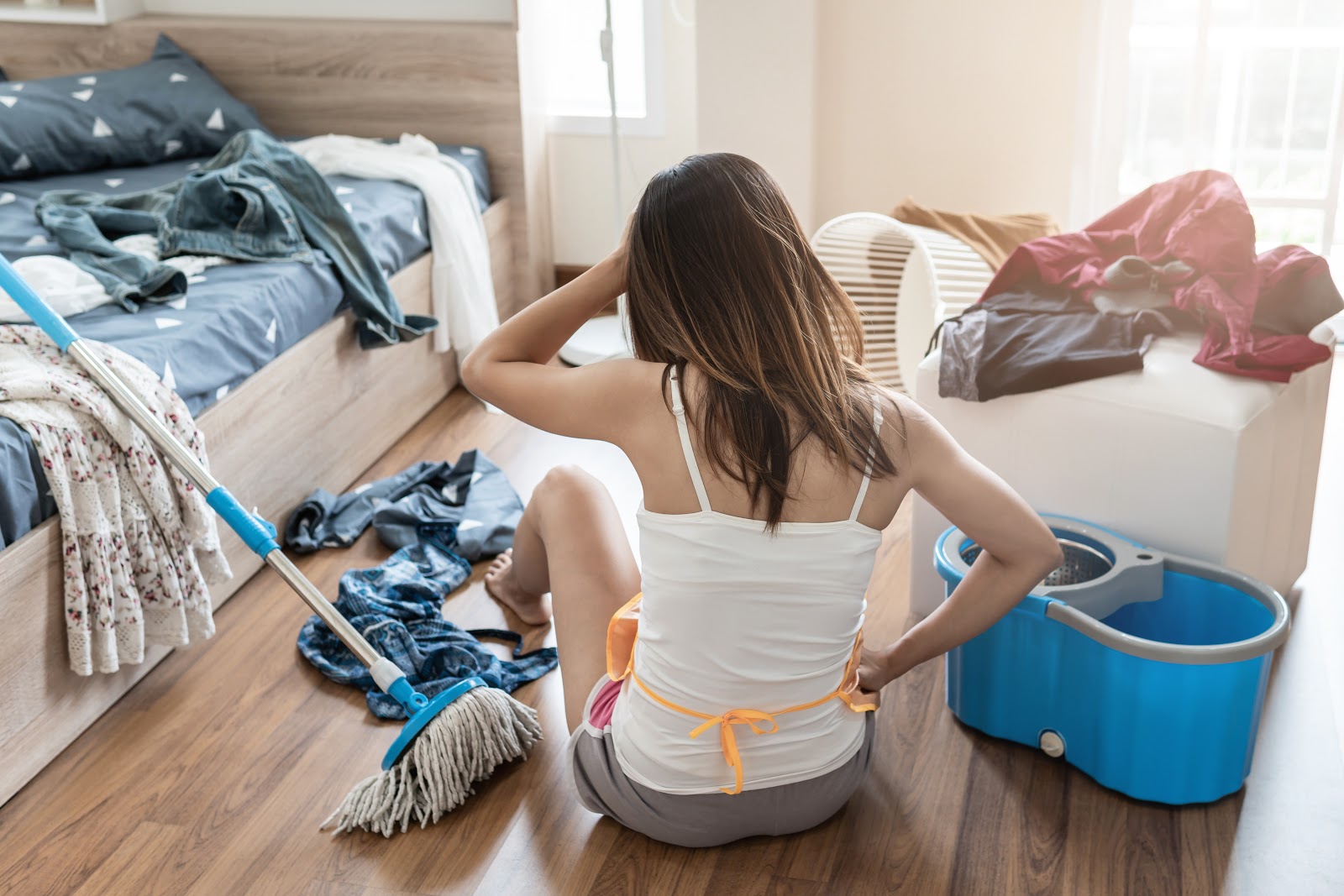 1. You're going to do a ton of random chores to avoid doing your actual work

The only thing that makes folding laundry or mopping the kitchen floor look appealing is having to do your day job. If you've ever wanted to get excited about folding towels, try looking at a spreadsheet. If you've ever wanted to get excited about reorganizing the kitchen drawers, try opening up your inbox. It’s like when you were a kid and would gladly clean your room, just to avoid writing your book report on Moby Dick. Being productive while having a chore to-do list is adulthood’s ultimate white whale. 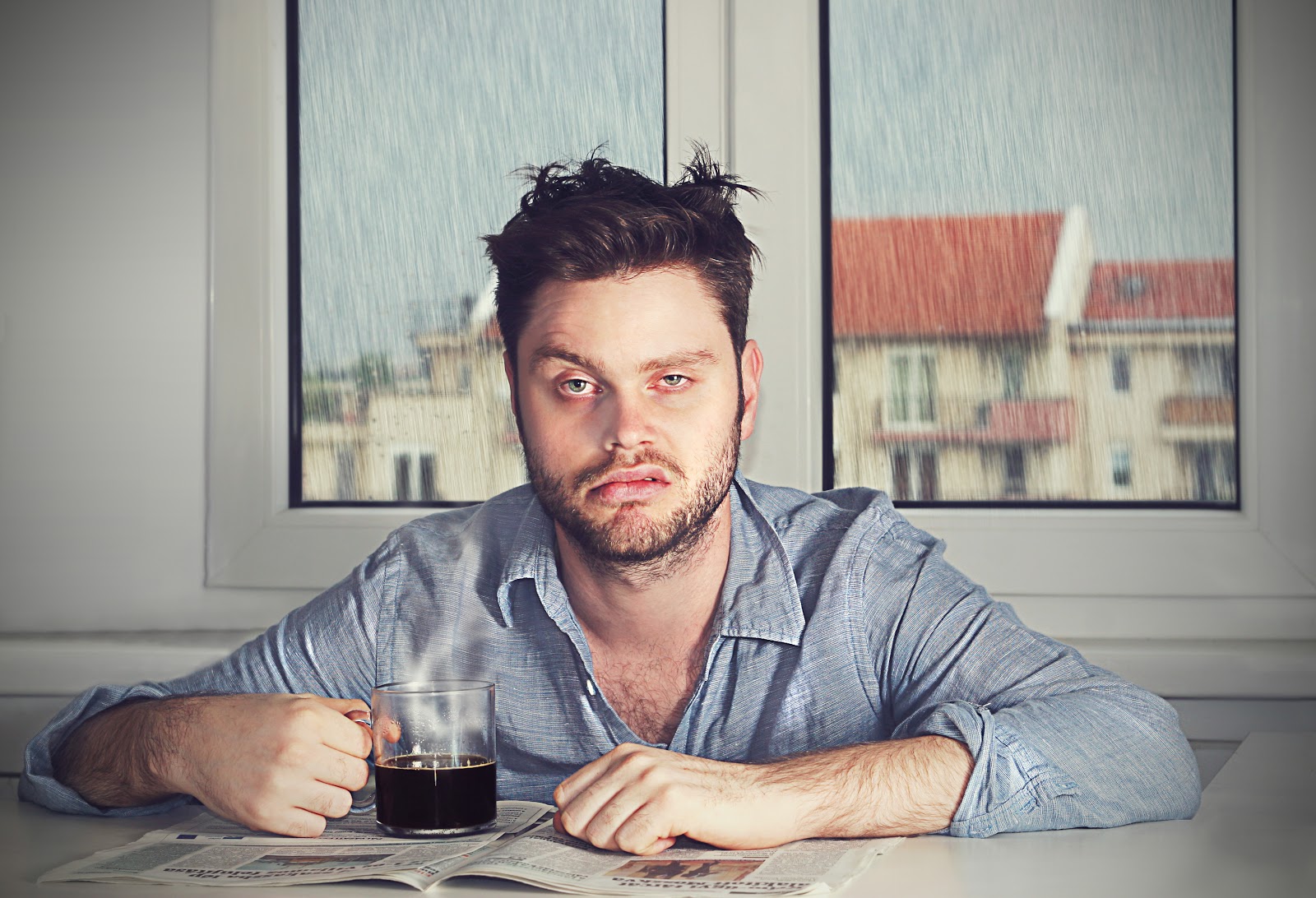 2. You haven’t showered in days

Seriously, look at you. Are you living in those sweatpants now? The longer you work from home, the more acquainted your outside clothes are getting with your hangers, and rubbing your finger across your teeth doesn’t count as brushing. 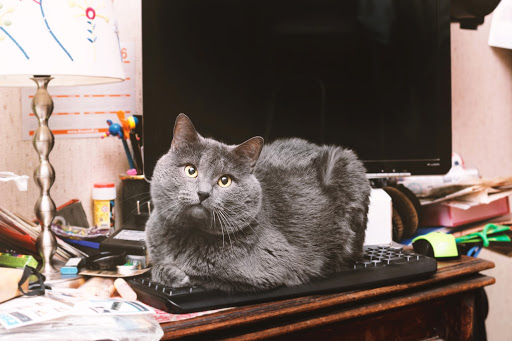 3. Your cat always feels like it has something more important for you to be looking at

If you have a cat and work from home you should probably go ahead and put work in quotations. It is a scientific fact that no cat has ever allowed anyone to type on their keyboard for longer than 37 seconds at a time.

4. You can goes days on end without talking to another human being

That moment that you practice saying “Hi” in the car as you’re pulling up to your favorite cafe, just to make sure your voice doesn’t crack since it’s the first time you’ve spoken to another human being in 2 days. Working from home means that so much of your communication is doing via instant messaging that you’re actually at risk of forgetting to how to speak the English language. If you aren’t something who talks to themselves constantly, you will be. 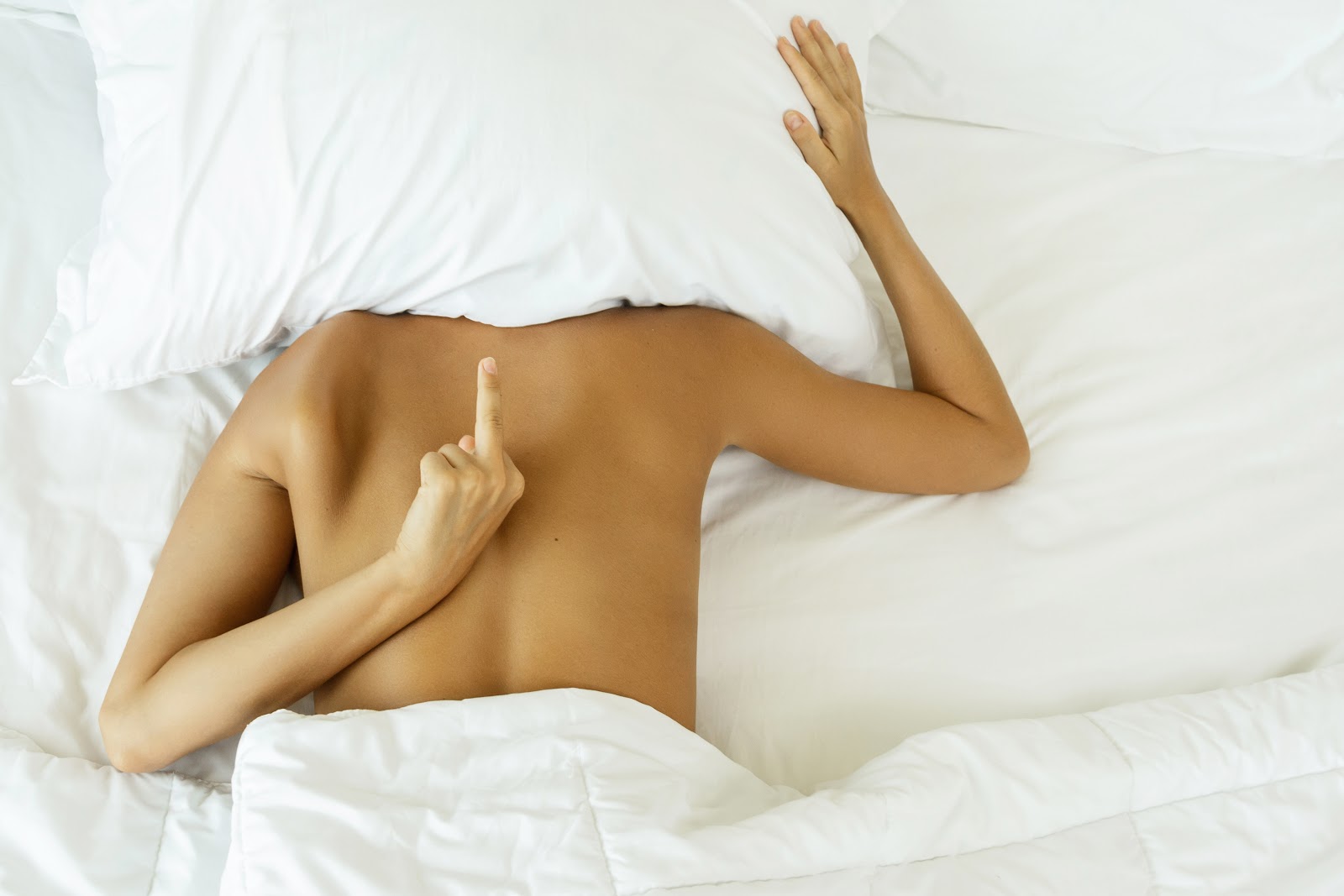 5. Being unmotivated to wake up early

Remember when you went into an office and you got up early, did a little exercise, had some breakfast, and listened to NPR on your drive to work? Now that you’re living at your “office” you don’t have a commute, but you also haven’t gotten up early in weeks. You’re exercising less. You’re eating last night’s Indian food for breakfast. Worst of all, you’re slowly forgetting what Terry Gross’s voice sounds like. Without your commute, your morning has been reduced to the ritual-less rinsing of your old Employee of the Month mug. 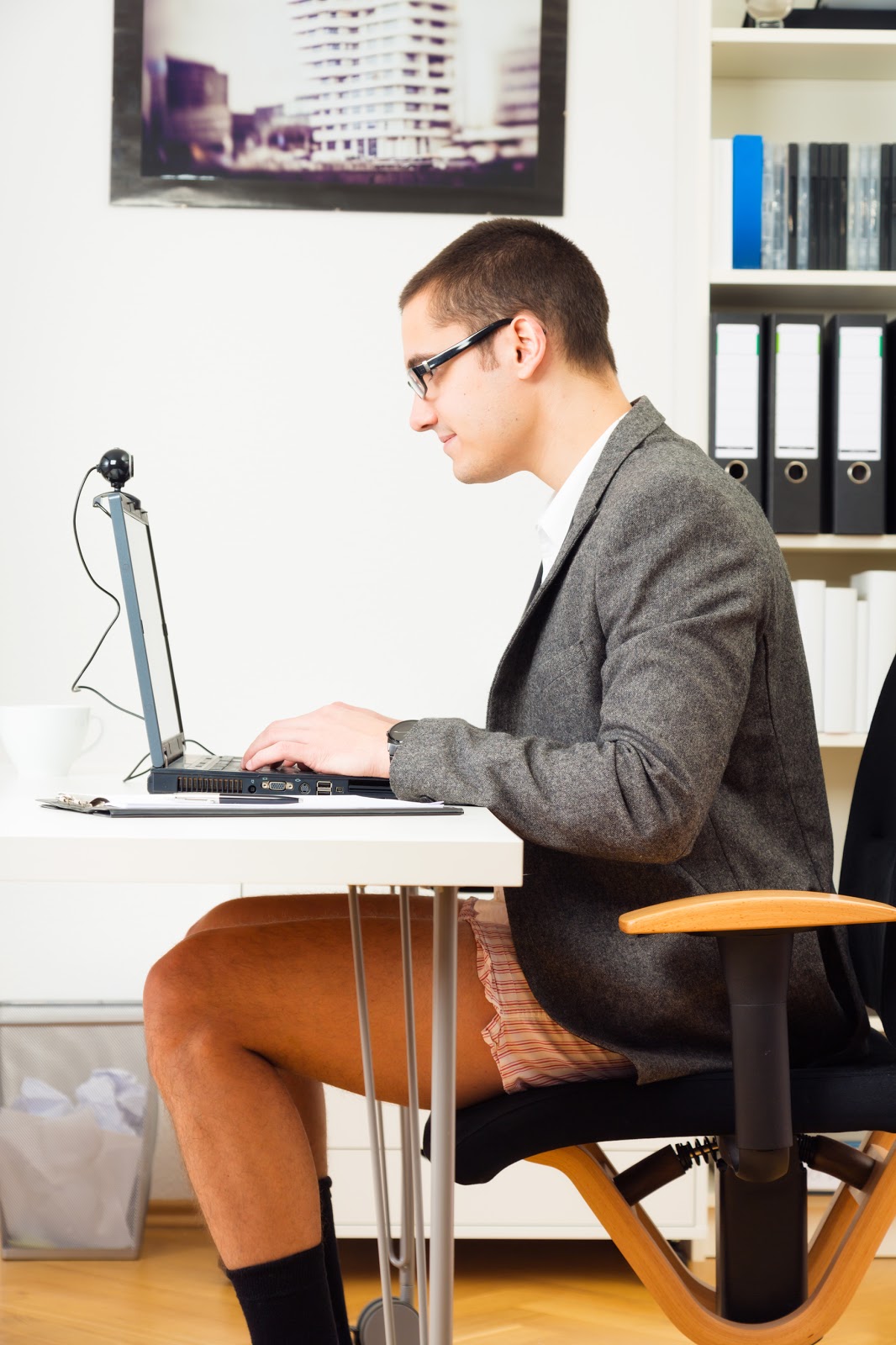 6. Forgetting to put on pants before a video call

Who among us hasn’t shown up for a skype call and had to adjust the camera to preserve the illusion that we’re actually dressed? Here’s the thing though -- everyone you’re talking to on that call knows. They all know. 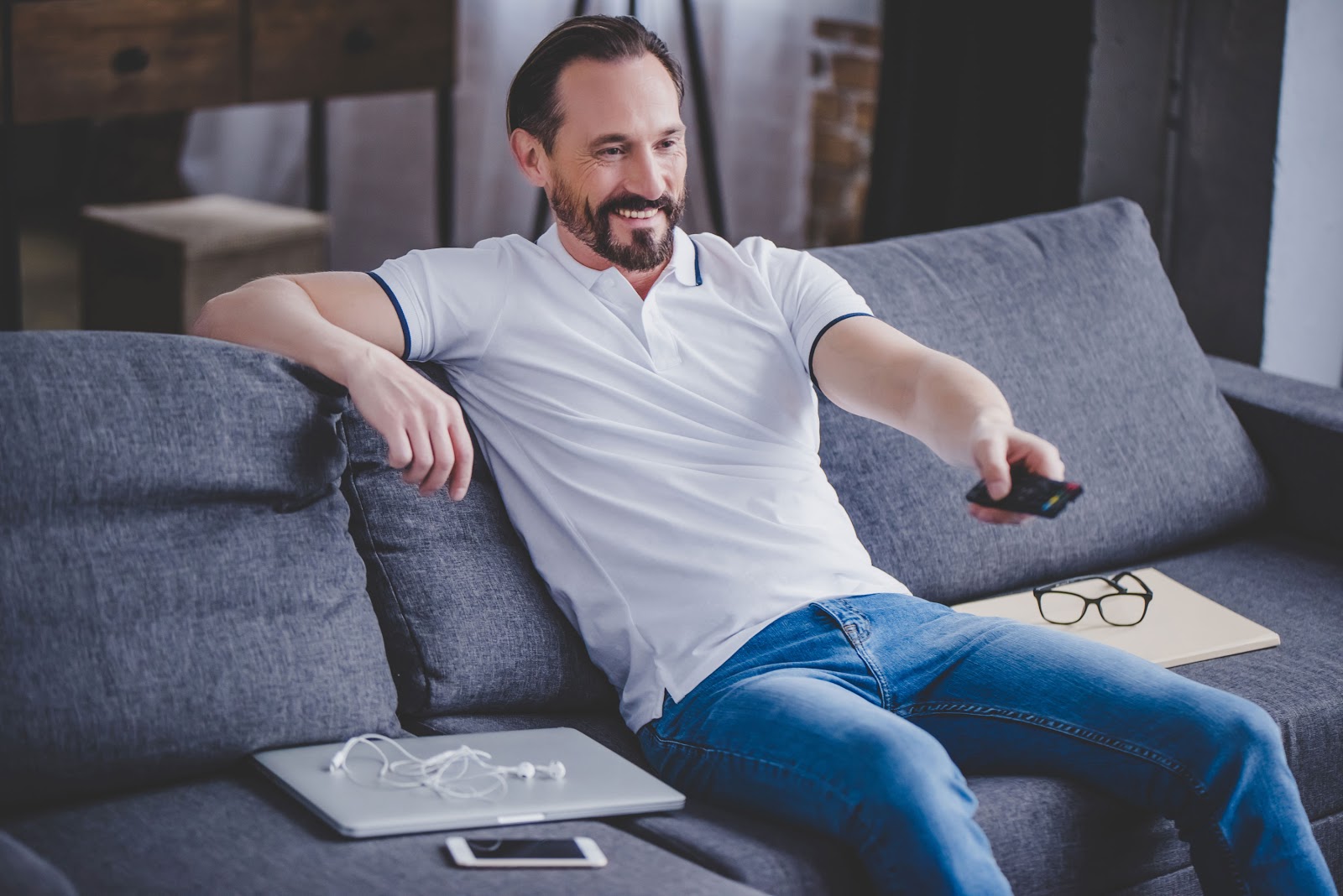 7.  Daytime Television is on during the Daytime

You may not know this, but it’s physically impossible not to watch Day of Our Lives if it’s on. Go ahead. Try. That’s not to mention the black hole that is The Price is Right, Dr. Phil, Jerry Springer, General Hospital… See your entire day is already gone. When you work from home one of the hardest things is to avoid getting distracted by whatever horribly addicting thing that’s on TV. There’s literally someone on Maury right now who’s finding out if they’re the father ALL DAY LONG.

Now you get out of bed, put on some pants, and head to a WeWork! We’re offering up to a 20% discount to anyone who clicks on this link: https://we.co/ebaum 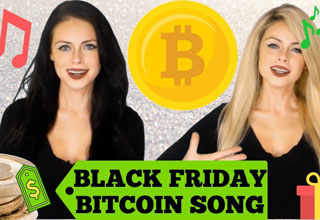 NEXT BLOG BitPay's Parody of Rebecca Black's 'Friday' is the Dumbest, Lamest, Worst Thing On The Internet