Yet another late night was spent poring over the seemingly endless lines of code. We were so close but there was something that was just not right. This A.I. project had started off as just a ploy to pique the investors interest and open their wallets, but had quickly become a personal challenge. My reputation was on the line to produce results or we faced being shut down. At this moment an inspired tech student named Serge Tuteur entered the room and approached the bank of computers aligned in front of me. He carried in his hands two large cups of coffee. Ah, I thought to myself, just in time and reached out an eager hand to accept one. Serge sits down to my left and takes a sip from his steaming cup and lets out a contented sigh. "So, any progress?" he asked hopefully. I replied that I had noticed a pattern and wanted his opinion. I handed him a printout and he looked it over while making a few marks and figures in the margins. "You're definitely onto something here, but if you take into account our possible variables..." and suddenly he's quiet. I turn around and see that he's frantically typing figures and double checking them. "You've done it Sir, all we need to do is re-enter this line here," while motioning towards my screen, "while allowing for redundancy in this algorithm over here." As I reach over for the keyboard, my hand brushes against my coffee and tips it over, spilling it's contents all over my keyboard.   We are both flung backwards as a barrage of sparks shower us.

The lab is bathed in darkness as I come to. I ache all over but my, oh...my head feels as if a fire is inside my skull. As my eyes adjust to the darkness, Serge groans an agonizing, "What happened, are you okay?" I mumble an affirmation while struggling to my feet and help him plop into his chair. As I survey the damage in front of us, the fire in my head turns into more of a searing inferno of pain and I have to hold myself up as to not collapse back to the floor. As fast as the pain washed over me it suddenly abates and an eerie sense of understanding replaced it. Things were different, very much so and I was scared.

The next few hours were spent explaining to Serge what I was experiencing and also analyzing his descriptions of how he had been affected. One thing was clear...We had merged with the AI program and now had an intimate understanding of all things electronic. Serge's abilities were more along the lines of feeling glitches and how to protect equipment while I now had a kind of technological omnipotents. I could see the inner workings of any electronic device. I not only understood how they worked but anything I could conceive of I could create. The possibilities were endless and our combined powers boundless. We thought we would be famous and rich beyond compare but little did we realize that we were about to find out that our Government would have other ideas for us.

We were first contacted by the National Institute of Standards and Technology just hours after our first foray into the spotlight. We had developed a machine that not only could detect cancer at it's earliest stages but help rewrite your genetic code to cease any future regrowth. We had returned from a press conference that left us feeling exalted. We were going to change the world for the best and be forever known as heroes. Our way into our offices were blocked by two dangerous looking men who informed us that we had a guest and had no choice in the matter. We were ushered into the room in a rather gruff manner and led up to an imposing figure who had his back to us. He turned to face us with a stern look in his eye and looked us over with an air of disdain. He introduces himself as Emmett Martin Prescott and explained the reason for his visit. Our work had attracted a lot of attention and it was not all good.

Our invention operated on a level that was unmatched by anything previously known or understood. This in itself made us a target and a threat at the same time. 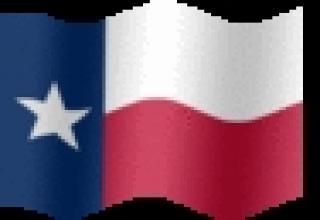 NEXT BLOG My Super Power