Top
The Ether Bunny is an urban legend about a college kid who's roommate would secretly ass rape him after making him unconscious by putting an ether or chloroform soaked rag over his face while sleeping. A good thing to threaten someone with. The alternate version is after the victim is unconscious a carrot is shoved up their rear-end. It is then broken off so that there is a piece left behind and nothing sticks out. Victim wakes up groggy with a sharp feeling, goes to the bathroom and shits out a carrot! The original legend is a guy in the dorms would wake up in the mornings feeling sluggish and experiencing abdominal and anal pains. This went on for a week or two until he finally sought out medical attention. After the exam the doctor asked the student if he was a gay ass pillow bitter. The student responded fuck that shit and that he was not. The doctor seemed puzzled because he explained that the cause of the students pains was due to being sodomized on a regular basis. The sluggishness was to to a heavy drug use. The student left stunned. He returned to his dorm room to discover that his roommate had hastily moved out and had dropped out of school. While searching through the items his roommate had left behind this student discovered a beaker of ether and a rag in a large ziploc baggy. This legend has been mentioned in print as far as back as 1886 in Richard F Burtons privately published book, the story has spread widely in the United States over the last twenty years or so usualy set in military barracks or campus dormitories. Whereas the college version generally ends with the discovery of the perfidy, revenge is almost always exacted on the perpetrator in the military version, either by the soldiers acting on his own or with the help of his buddies. Some telling of the legend end with the sodomizer dead at the hands of his victim and his victim-turned-killer now serving a life term in leavenworth. 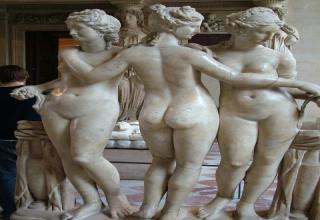