I stare emotionlessly at the bloody stumps that were the first two fingers of my right hand. The smell of burnt flesh, excrement and death still manages to assault my ruined and now unrecognisable nose. I cough and painfully spit out a wad of phlegm mixed with blood. Falling to my torn knees I look back up the path at the burning cottage and let out a guttural cry of naked aggression and triumph. Flames lick at the window sills. The thatched roof erupts then crumples inwards. Windows explode outwards in the heat of the hellish furnace burning within. Shards tinkle and stab the earth around me. I do not notice. My whole being aches. I hear the crunch of a footstep behind me. I am past caring..

..in a type of mist shrouded cine-reel, I slowly replay the events of the past few hours in my head.

I had watched the first few revenants clumsily shamble their way up the path towards me as soon as the last rays of sun had treacherously winked out behind the hills. Their meaningless groans reached my ears as I stood at the second floor window in the cottage. Breaking the window with the butt of my shotgun I nestled it tight in against my shoulder, slowly took aim, and then fired off two barking shots at the small group approaching me. One head immediately disintegrated spraying its companions in tissue and greyish brain matter. The other shot removed anothers throat and most of its left shoulder. As clawing hands aimlessly reached upwards the body lurched forward a few steps then crumpled forward as its head lay in the path behind sightlessly watching its stunted progress. Their companions immediately stopped their journey towards me and fell upon their fallen comrades. Animalistic howls of pleasure filled the air as limbs were torn apart and swiftly devoured. I watched incredulously as a couple seemed to embrace then almost lovingly lick the previously splattered brain matter from each others face. Both held their pose and slowly turned their faces in my direction. I could swear that there was a type of almost feral gratitude displayed openly in their ruined visages.

Reloading my shotgun I turned and climbed a makeshift ladder leading to the roof space. In my time spent here during the last year I had managed to create a lookout post of sorts. With the doors and windows barricaded downstairs the roof seemed to be the best place to launch a defence against the marauders advancing below. Grabbing a few makeshift Molotov cocktails I had earlier prepared and stored in the loft, I first lit the oily cloths then threw them down and outwards at two hulking bundles of rags that had made a joint lurch in the direction of the cottages front door. On both counts, my aim was true. I took great pleasure in watching the two figures first explode into flames then writhe in agony on the dirt track below. Their two remaining companions halted in their tracks, then slowly turned and retreated back down the track.

Reaching for a pair of binoculars I leant out of the skylight and tried to focus on the retreating abominations to see what they were trying to do. Focusing further down the track I spied a group of about thirty all apparently enthralled by the silent orders and directions given by one solitary figure. Standing with his back to me I still recognised the full length torn leather coat. Finishing what he had to say the figure turned around slowly and looked up towards me and the cottage. His dead eyes met mine through the sights of the binoculars. A freakish smile cracked open on his long pallid face as he ran his thumb raggedly across his wizened throat. With a silent shout and a wave of his arm the surrounding hoard split into three directions and advanced. 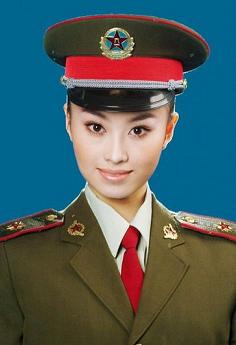