I just watched the Expendables 2 trailer, which is like jumping off a cliff and having every action movie you ever saw start flashing before your eyes.

There are explosions, car chases, and I haven’t seen this many people die in a trailer since that time I crashed my trailer.

WARNING: DO NOT WATCH THIS TRAILER UNLESS YOU WANT CHEST HAIR!

Expendables 2 stars EVERYONE. The only badass old man they’re missing from this movie is Janet Reno. I’m pretty sure I saw Chuck Norris in the trailer, but I couldn’t tell for sure because he wasn’t roundhouse kicking a head.

The trailer starts with Jason Statham and Sylvester Stallone ziplining into a jungle - they clearly have a job to do. It turns out that job is to kick ass, and the zipline is how they commute to work.

After they land in the jungle, Rocky starts punching the hell out of bad guys who you can tell are bad guys because they speak a different language. And Rocky doesn’t punch them with his fists, he punches them with bullets out of a goddamn finger-gun. Then onscreen text says, “Time to Reload” which is a slogan they stole from Internet Explorer.

Jean Claude Van Damme observes that 6 pounds of pure plutonium is enough to change the balance of the world. What you don’t see is the next scene where he pulls out 10 pounds and laughs like a maniac as the planet tilts on its axis.

Then there’s a scene where Stallone flies a plane through a tunnel. As Sigmund Freud would say, “AWESOME”.

In closing, that’s why tickets to Expendables 2 should come with plastic testicles that attach to the back of your car. Oh and SPOILER ALERT, Bruce Willis was dead the entire time. 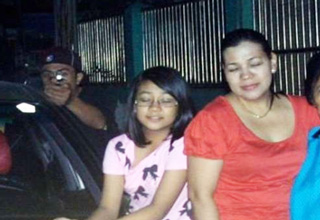 NEXT BLOG 14 Disturbing Photos And Their Horrific Backstories