Since so many junkies have neglected the negative effects of pot, it's important to point out SCIENTIFIC proof about that stinky drug.

Marijuana is a true hallucinogen which possesses elements of both stimulation and depression.

What this means is that pot may give you hallucinations. The retard who said it's okay to drive high on pot because it sharpens your concentration and you feel more cautions to drive safely not to get caught is an idiot. Not only wouldn't the junkie have to worry about getting caught high when it would be legalised, the effects of marijuana don't sharpen your concentration. It's quite the opposite.

I never smoked marijuana, but I know people who do and trust me, marijuana is a highly addictive drug that turns people into mindless dorks. Another thing about pot is that its users usually smoke it every day, often more than once. Unlike the amazing casual drug that's taken during parties, MDMA also known as E, which has been criticised by ignorant pot smokers many times in the comments to my blogs.

MDMA is not as addictive as pot. It does have a kick, but it doesn't affect the brain in the same way as THC does. It doesn't give you euphoria that causes you to laugh at flowers or other shit. The only downside of taking E is that you dehydrate fast, so you need to remember to drink a lot of water. That's basically it.

Another thing is that pot has a certain effect on the brain that caused the smoker to act in a way they wouldn't in normal environment, without smoking the drug. For example, a straight person might indulge in a homosexual relationship. If you're a pot smoker, you're also most probably partially gay.

I know there's going to be a bunch of ignorant retarded junkies whining about how I'm wrong, but, as always, I have facts to back my words up. For example, this magnificent article by doctor Edward R. Bloomquist, who was also a pot smoker when he was a teenager, so he's not only a scientist and knows the theory, but he also learned the facts from practice.

Read it and weep, drug addict. 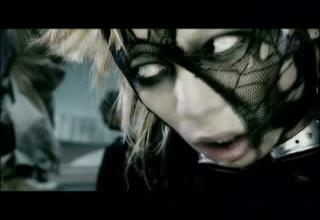 NEXT BLOG So Many Choices