The art piece being looked at is an actual painting of Andrew Ryan's Gyps Post-Hangover. The piece is done by photoshop.

The background of Andrew's work consists of a vivid blue sky to thusly emphasize the time of day and to further bask the painting in the presence of an elated sun. The sun, surrounded by a plethora of rays, is a gaudy yellow that sits adjacent to Gyps' head. Although we can acknowledge that an inanimate object, especially the sun, cannot express emotion but in this particular case, we can clearly note the robust smile on the sun's facade. In addition, based on the actual size of the sun, we can further infer that Gyps is most likely sitting as close as possible to the artist hence exemplifying the position of the sun during the time of day (around three o'clock).

The main centerpiece of this piece is obviously Gyps' dynamically placed head, enveloped by both the presence of the sun and the vivid blue sky; Gyps' skin color is quite eminent as its overall strident color scheme opposites that of tranquility courteously displayed by the blue sky. The chosen color is meant to note the overuse of going to the tanning salon as Gyps has a tendency to go to the tanning salon at least five times a week to maintain a so-called "healthy glow."

Gyps' hair color, although it appears to vary in color opposed to the skin color, is quite similar in that it is simply a darker shade color, as intended by the artist. Gyps' hair is flimsy as one can surely conclude that Gyps had an accident in the past with her older sister's straightening iron back in her hometown (Montreal, Canada). The hair enshrouds Gyps' dumbo-like ears as it conspicuously complements Gyps' bloodshot eyes and Sharpie Marker eyebrows. The bloodshot eyes allude to Gyps' constant nights of drinking copious amounts of alcohol and ingesting pounds after pounds of Kentucky Blue Grass marijuana, grown straight out of Kansas. The bags under her eyes display the constant struggles that Gyps has had to cope with, most especially the long hours of punting her fifteen children out of windows and trying to keep up with paying her pimp.

Lastly, as I would not like to disregard other facial features, one can notice the long Jew-like nose that basically brings balance to the rather asymmetrical face while, sitting below the nose, a wide shit-eating grin beams onto its viewers, emitting sinister and overall nefarious feelings. What exactly is Gyps? If anything, based on this picture alone, one can question whether Gyps is a mere bar wench yearning for the attention of her male bar "buddies" or a succubus who has been brought up from the deep dark depths of Hell. Also, although truncated by the poor format of the blog section, Gyps constantly spews incoherent nonsense such as "oy, oy, oy" to emphasize her "Scottish ancestry" (rumor has it that Gyps is actually 1% Scottish and 99% French Canadian). 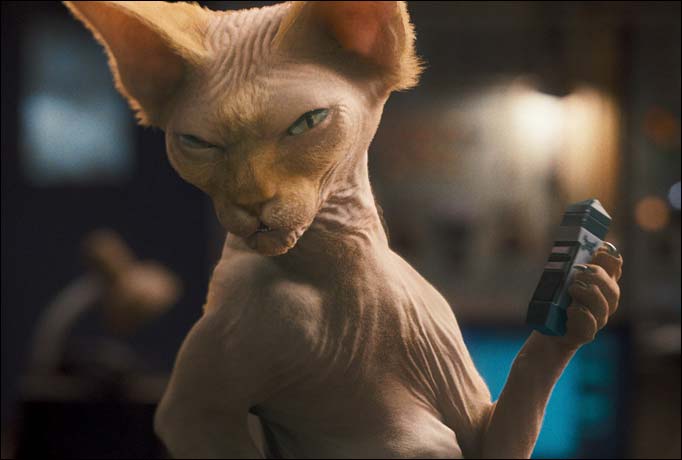