I've been debating about the dangers of the legalisation of pot throughout this week in the blog section and I have received hundreds of comments on my articles regarding the importance of leaving marijuana illegal. Most of the comments were left by people who agreed with me and many of them brought a lot of new arguments and facts into the light. There were some... I don't know how to call these people... I guess "retarded druggies" would be the right word, who left some laughable comments, or even joined the debate, further proving how stupid the regular stoner is.

Bradenh, a user of this site since 2008 who apparently didn't figure out how to upload an avatar yet, has probably left the most comments where he first bragged about having straight A's and graduating with honors thanks to smoking pot. I crushed him with my argument that even though I follow the philosophy of skipping as many classes as possible and have shitty grades, yet I know the subtle diffrence between "your" and "you're" - something he didn't seem to grasp - as well as other gramatical stuff. He practically owned himself saying your and you're is a matter of punctuation. At some point he started raging and called me names. Soon after he resorted to petty threats. Yup, very intelligent. 1:0 for me.

ValorousKnight asked me for the source of my statistic, sounding kind of triumphant until I linked him to the statistics. When proven wrong, ValorousKnight whined about the source coming from a right wing propaganda spreading site. Translation: whine. 2:0 for me and other smart people.

Sahandshakeri gets the dumbass of the week award, though. He didn't only write 3 paragraph long comments about how I'm wrong about pot heads driving, he said that pot HELPS drivers concentrate because THEY PAY MORE ATTENTION because they are afraid they would get caught driving while drugged. I saw a stoned black guy on blog tv. He couldn't read the messages. There goes your theory.

To the other idiots who still think marijuana should be legalised, think about what you want. Not only would marijuana be underestimated and smoked by drivers, think of what legalisation of pot would mean. Taxing the drug and government getting paid for its sales. The prices of pot being high and people who were selling pot wouldn't have a chance to earn some money.

I'm not against marijuana. Everybody should be able to decide whether or not to smoke it. I'm too refined to smoke pot and I don't want to. I think MDMA is a much more elegant drug and it's less dangerous than pot, since it doesn't turn you into an idiot. What I do oppose is the legalisation of pot. It's stupid to even bring it up, especially by politicians who shamelessly try to use it to get voted by drug addicts. 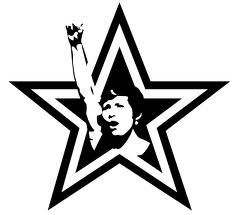 NEXT BLOG Parallels With Nazi Germany and America Today