An evening ago, my wife posed to me a question that I am sure all of us have been asked at least a dozen times in our lives. She asked me the what would you do if you were rich question. This time though, she was a little more specific. She asked me, What would you do, if you won a large sum of money and after you gave the government their share of it through taxes, you ended up with just over six hundred million dollars, and how would you handle it?

I answered with a simple anything I want answer, but that didnt fly with her. She wanted a full detailed explanation to this question, and a simple pass off answer would not work.  I then began to think about it and even though it is a very simple question, the answer is not at all simple.

Firstly, assuming I live past the initial shock of going from a hard earned middle class status, to being categorized as super-rich; I would take care of the obvious debts from things like my student loan, and car, and any other large purchases I am making payments on, I felt this would be my logical first action after I came down from the shock and excitement.  However, I would want to tell my immediate family and friends, but this only brings up even more questions. How could you tell them? Could telling your parents cause them to have heart failure from the shock? How will your friends react to the news? The list can go on, but I eventually decided to not actually tell anybody I am close to, how much I actually have. I feel that this would be the best option for all close family and friends. I would break the news to them in a way that would allow them to be aware of the situation change, and not give away any major details. The saying goes, more money, more problems and just breaking the news to others can cause a lot of problems. This leads me to my next thought.

Now that I am out of debt and have told my friends about my good fortune, I would want to give to my friends and family, but I would have no idea how generous I could actually be, without being off-putting. I feel though that giving to those that you love, at any given time, and making those that you love just that much happier for even the shortest amount of time, is one of the greatest feelings in the world.  Saying this, I do not think I could help myself, but to offer to at the very least, bring my friends out of any debt and give them that extra income to do what they want to do.  I realize however, that this could have the result of ruining a friendship entirely, something I would never want to do, but you plan for the worst, and hope for the best in all situations. This initial excitement stage, as I am now referring to it, would be amazingly exciting and stressful for not just me and my wife, but everyone around me.

That first part, just adding things up quickly, would more than likely, not even break one million dollars and I would still have five hundred and ninety nine million even if it did.

There is nothing in this world that that much money, cannot buy. Knowing this, I cannot give a timeline for the rest of this.  I know that at some point, I would be purchasing at least one house. I would be breaking the lease on my apartment. I would hire a moving company to move me into the new house. I would be quitting my job. I would be hiring a few lawyers, and a few accountants. I would be cutting a very large check to the St. Judes childrens research hospital. I then move on towards investing the money and ensuring that it never runs out, which means I will be hiring financial advisors and consultants.

From this point, I have no idea what I would do, because there is nothing that I could not do. In time, my close friends would eventually find out how much I have, and I will probably end up losing some friends in the whole process, perhaps some family as well. I can talk all day about the possibilities, but to be completely honest, I would never know until it actually happened, but the main reason I would not know, is only because I could do anything I want.  Would there be problems? Yes, that is only guaranteed, but overall I dont think any of us would pass on the opportunity to strap into that rocket and ride it to wherever it goes.

As always, and once again,

This has been a moment from Godliberator 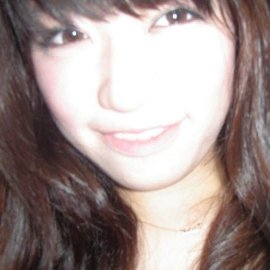 NEXT BLOG How Could They Do This To Alien?