Recent study has shown that among many negative marijuana effects like drowsiness, slowed reflexes, lowered intelligence , diarrhea and bad breath there's... man boobs. If a bodybuilder smokes pot, it's more than likely the steroids he uses are going to give him breasts.

Struggling with this issue, the user Wendigo1842 has been bullied by normal people for many years. Names like Man Boobs, Tranny, Shemale and Wendy are the most commonly picked by his peers who are merciless.

"If he's so sensitive about his man boobs, then I guess he shouldn't have become a drug addict." - one of his friends

There you have it. If you legalise drugs, won't they hit your gym? Perhaps you wouldn't know you can't mix steroids with pot? Ron Paul left politics because he got owned by the actual politicians, so it's highly unlikely marijuana becomes legal in USA. President Barack Obama has a strict policy regarding drugs. 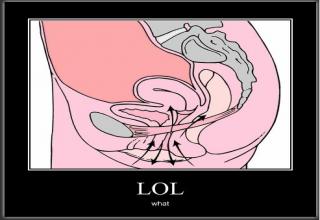 NEXT BLOG Guys, Let's Have a SFW Conversation About Kegeling