This mother-daughter duo may have thought twice about starring in adult films together. But the thought of big bucks means that they now appear on the same credits – and that they’re now known as “The Sexxxtons”. Monica, 22, and Jessica, 56.

We had producers come to us and ask us if we’d perform together. Of course, with it being a real mother and daughter, it couldn’t involve any sexual contact between the two of us because that would make it illegal. So we started doing that and we enjoyed it a lot. We enjoy working together – we’re just a couple of performers chasing the American dream.

How old were you when you shot your first film, Monica?

I’d already thought about it because I knew it would be worth a lot, but it took somebody coming to us to make us do it.

Is there a dad in the family?

No, but we don’t really care. My mum was a single mother raising me my whole life, so I don’t really give a fuck about not having a dad.

Do you have boyfriends?

My mum has guys that she sees, but they’re not boyfriends. I’m the same way. I see people but we don’t necessarily date. Some of them know about what we do and some of them don’t.

Have you ever shared the same partner off camera?

Only once. It was one of mum’s boyfriends. He came over and we were all hanging out and watching TV and stuff. We were drinking and having fun and things just got a little out of hand.

Isn’t it awkward sharing the same guy as your mother?

What do you enjoy about shooting together?

What do you normally think about when you’re filming?

I think about how much money we’re going to make. We want to have an amazing life and there are some charities and things that we want to give to.

What are your limits?

I wouldn’t mess around with my mum, but other than that I’ll do pretty much anything.

In one video, I saw a guy pull out of you and then put it inside your mum’s mouth. Isn’t that kind of weird?

Is this something you want to keep doing for the rest of your life?

He’s 19, so as long as he has video games, a computer and whatever it is that he wants all day, every day, then he’s happy. He doesn’t care.

What’s the sexiest thing you’ve ever seen your mum do?

Oh, that’s hard to say. We’ve done a lot of shooting. She was with a big black guy once and I wanted to fuck him. He was kind of hot.

Did you not get to fuck him?

No, that was a scene she did independently. It’s probably the sexiest thing I’ve seen her do, though.

What do you enjoy doing the most?

I enjoy doing the damsel in distress type stuff. Sort of like I’m being kidnapped and stuff. It’s fun. I was murdered once. That was a lot of fun, too.

So you were murdered then fucked?

No, we weren’t fucked, we were just killed. It was weird, you know? We were just murdered and there was really no sex involved. They took off our clothes but they didn’t fuck us when we were dead. 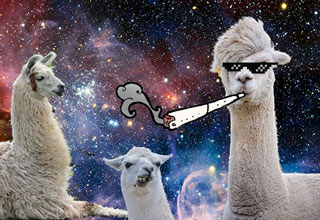