Just hours ago, the world's most hated corporation got even more evil.

Monsanto and its allies have just announced they're suing the tiny, rural U.S. state of Vermont to stop a new law that simply requires genetically engineered foods to be labeled. In fact, the mere threat of a multi-million dollar lawsuit nearly caused the state to back off the labeling law altogether.

But Vermont is refusing to back down. They're getting ready to fight back against Monsanto, and have even created a legal defense fund so people around the world can make donations to help them beat back Monsantoâs lawsuit.

Vermont is a small, entirely rural state with just 600,000 people. Vermont vs. Monsanto, one of the most powerful corporations in the world, is a classic David and Goliath fight.

But thereâs much more at stake here than just whether GMO foods will be labeled in a single U.S. state. Vermont is actually the very first state in the U.S. to require labeling, and dozens of other states have said they will require labeling as well -- but only if Vermontâs law can survive this legal challenge.

That's why Monsanto is fighting so hard to kill GMO labeling in Vermont. If we can win here, itâll be a huge step towards the goal of GMO labeling worldwide, and making sure consumers know what they are eating.

Monsanto has been threatening this for weeks, but it's only just filed suit through the Grocery Manufacturer's Association, a trade group of which Monsanto is a core member. And Monsantoâs legal bullying is part of a growing trend of multi-national corporations suing sovereign governments to overturn regulations they donât like. Since the biggest corporations are larger than many countries around the world, itâs critical that citizens of the world band together to fight back. 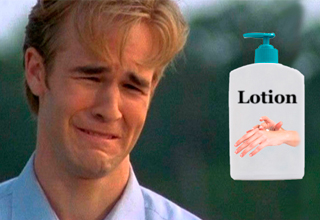