No shit, there I was: knee deep in a rice paddy, nothing but shower shoes and a light coat of oil.

I had just escaped from the Hanoi Hilton and was making my way to the Mekong Delta where I knew I would find friendlies.  That's when it happened:  I heard a noise behind me and immediately took cover.  Slowly looking over my shoulder, I saw who was tracking me.  The Swedish bikini team was moving in with bayonets fixed, and they meant business.  They were closing in using the classic traveling over-watch technique.  They were fully armed and had nipple erections.

That's when my training kicked in and I went on auto-pilot.  Thinking quickly I grabbed an industrial sized box of Jello brand gelatin and dumped it into the rice paddy, creating the world's largest cherry flavored jello cup.  Then I began making the Swedish mating call: Du fick fina tuttar!  Du fick fina tuttar!

It worked like a charm.  The girls immediately picked up the pace and walked right into the trap I had set, but that's when I realized my plan had one major flaw: Having just escaped from a prison camp, I had no camera!  No way to document the mayhem about to unfold!  Who would ever believe me?

Luckily for me, EBW was tracking the  situation and had a satellite fixed on my location with a direct link for video uploads.  They were able to record everything.  NOTE: Unfortunately, the mature section has since been removed and that video is no longer available.

As the girls entered the rice paddy (which was now a giant cherry flavored jello cup), I stepped out of the shadows to allow them to gaze upon my manhood.  The girls froze; they stared at me and I stared at them.  No one moved or made a sound.  In the distance, a dog barked.

She flipped me onto my stomach, but I was powerless to stop her.  "At least use some lube!" I shouted, but it was too late.  As the metal studs dug into my flesh I passed out.

When I awoke, I was at EBW headquarters with large cast on my ass, surrounded by Eriq, Pepperpeanut, and UCM.  Slowly sitting up, I asked "what happened?"  "You just became a moderator," replied Eriq.  "If you can survive guitarlover, you can survive being a mod.  Welcome aboard." 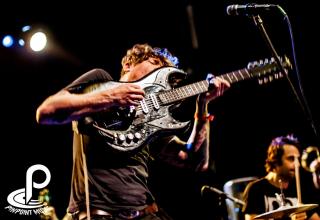