Every year, billions of people try to come up with a New Year's Resolution for them. It might sound like something that you would want to improve in yourself and the New Year, especially when you're drunk with champagne, is a motivation.

But what is a New Year's Resolution in general? It's something that usually concerns your major flaw, something you can't handle normally. Most people try to quit smoking, because they are too weak to admit they are wusses who can't handle their addiction throughout the year. Used in the context of a New Year's resolution, it doesn't sound as pathetic. Most people act like they are choosing some simple resolution because it's a custom. So they say that they'll quit smoking (and usually drop after a day or two).

What was your New Year's Resolution and am I wrong that it revolves around your weakness? It was something like "I won't snort as much pot/coke," right? Or "I'll eat less sweets." It's because you're a junkie or think you're too fat. The New year's Resolution tells you something about you that you didn't realise before - you have a weakness too difficult to overcome throughout the year, and you need to have a reason to do something with it in the form of a stupid New Year's Resolution.

Thankfully, I realised that I don't have any addictions nor do I need to go on a diet. My resolution is not to buy any alcohol until my birthday, which is in february. Why? Not because I get drunk often, it's because I noticed I spent a lot on alcohol the last few months (I don't drink cheap shit), and if I should choose something for a New Year's resolution, it should be practical. 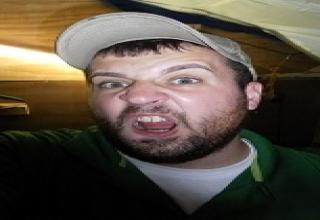 NEXT BLOG Slow death of the Morality of a Nation