Myth #1 - They were called ninjas.

“Ninjas” were spies who were incredibly stealthy, so they became referred to as “shinobi-no-mono.” Shinobi means “to steal away,” and the Japanese characters that make up the word sound like “nin-sha.” By the end of WWII, Americans used “ninja” because it was easier to pronounce.

There is no evidence that ninjas wore all black. The shinobi needed to blend into their surroundings, and walking around in all black with a face mask isn’t exactly inconspicuous. These highly trained assassins wanted to look like civilians, so they wore the clothing of peasants, priests, merchants, or even samurai. Why did the black duds become THE symbol of the shinobi? Because of show business.

Playwrights of the time needed their actors to portray invisible assassins, so they took inspiration from the stagehands - who wore black clothing so they wouldn’t attract attention during the shows. This visual idea of stealth stuck and was used as the defining look for shinobi from that point on.

Myth #3 - Shinobi and samurai didn’t get along.

It was often believed that shinobi were considered to be too low class to become samurai or that the two were constantly at odds. Nothing could be further from the truth. One of the most famous samurai, Hattori Hanzo, was also a shinobi. There was no dishonor in being a samurai and carrying out clandestine missions.

There is zero evidence to suggest that ninjas carried around the ninjatō straight sword. The sword only started popping up in 1964 when a “ninja” museum was opened, and soon after the weapon was featured in a couple of ninja movies. So why wouldn’t shinobi use a straight sword? For the same reason they didn’t wear black costumes everywhere. If they carried a different type of sword, they couldn’t blend in.

The shinobi didn’t use nunchakus. In fact, nunchakus weren’t used for much of anything except for martial arts training.

This is mostly due to the fact that they were pretty ineffective against the other weapons of the time, and were only popularized when Bruce Lee started using them in his films.

The shinobi did use throwing stars, but they were never meant to be lethal. Mostly they were used to distract or maim opponents.

Sometimes they weren’t even thrown; they would be placed in the ground for an enemy to step on. 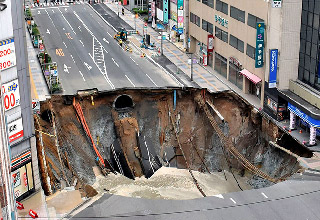