If you watched the most recent episode of Game of Thrones (Season 8, Episode 3 "Battle for Winterfell"), you might have noticed that Jon Snow was altogether pretty ineffective in the battle. He spent a lot of time struggling to ride a dragon, fighting off the dead, and in general just kind of putzing around.

What you may have not noticed, is what Reddit user /u/Applesoapp noticed: 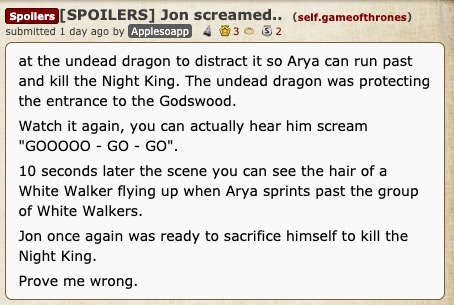 This gif is taken from the 27 second mark of the Youtube video below. It features John Snow trapped behind the rock. You can see that he notices something and does a little smile/grimace. It's believed that's when he notices Arya Stark running toward the gate to Godswood (which is being blocked by the undead dragon), where Bran and the Night King were are about to meet face-to-face.

At the 1:29 mark (in the youtube video below) you can see Jon get up and start screaming at the dragon. As /u/Applesoapp points out, he may not actually just be bravely, and suicidally screaming into the face of the dragon, but yelling "GOOOOO! Go! Go!" to Arya since he's drawn the dragon away from the Godswood gate.

Watch for yourself here:

So what do you think? Does Jon get the assist? 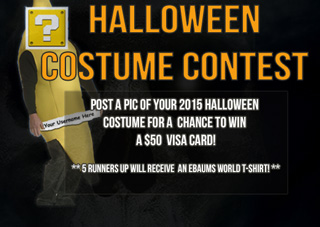