Top
1) MsNekoJones - absolute bomb shell, gorgeous, tight, and intelligent. She types coherently and has the ability to seduce men, especially old dead beats who think Obama is the worst president because he's black.

2) Gyps - despite being zealously Jewish and slightly thick in the head, she's an absolute beauty - her feet are lovely and her dimples will make the head of your penis pulsate. In regards to the thickness of her head, she believes that she's Scottish but she's actually Canadian.

3) Dread's wife - she has double Ds and her sex tape with Dread is quite fappable.

4) Rin - she's a bit chubby but I actually have a thing for chubby girls, especially ones who have delicious thunder thighs. Her dislike towards Neko is alarming but she will eventually learn to admire Neko.

5) Gabbie - she's a real bitch and has real mental issues but she is at least decent to look at. She likes to fornicate with Pepper Peanut under the Golden State Bridge but that's a whole different story.

6) Misstawpa - disgusting mudshark STD riddled whore who likes to prey on overweight mechanics and obese black men across the United States. She especially loves men who are willing to partake in receiving blumpkins and shitting into her vagina. Definition of trash.

7) Eastside Dave's mother - fat and ugly, just like her son, a fat lonely neckbeard who watches "My Little Pony" and frequents Club Penguin.

8) The shit I took this morning - descriptive enough. 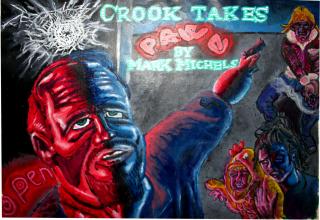