The elections are concluded and the right candidate won, but the shameless Ron Paul still rips his sheep electorate for money. First, those idiots ran his campaign for him, spamming the internet with his propaganda for free. Paul never had any chance to win, but there's another thing he achieved. Tons of money he got from his idiot fans. If you go to his site, you can find that despite that he lost the elections, he still sell his t-shirts, mugs and other shit. Get it now, retard?

That's right, Ron Paul never stood any chance to be elected. His utopian empty promises reached the poorest and the uneducated - the people who usually don't vote. Junkies -  Paul promised to legalise drugs; Hippies - take the troops back from Arabia; Families of criminals -  release criminals out of prisons because too much money is being spent on them from the budget; poverty - put the soldiers from Iraq on border watch to shoot immigrants.

Ron Paul is a smart man. Not a smart politician. His policies are some of the most retarded shit you can imagine. He's a brilliant businessman. He found a way to get rich easily. It was easy when he brainwashed thousands of fanatics. They are everywhere - Ebaumsworld, 4chan, Reddit, Youtube... What do they do? Spam clips about how Ron Paul is the revolution that America needs. They copypaste his lines like some cult adepts, going from house to house telling the shit their guru wrote for them. Of course, 98% of these people doesn't understand what they're talking about but they know Ron Paul promised them to legalise pot, so he's awesome. People dedicated their time to support Paul for free but the most ironic thing here is, Paul got rich on the exact same attention whoring ass clowns that support him. How? It's them who buy those shirts, caps, mugs and other shit for exorbitant prices.

It's hilarious how many people here supported him before the elections and cried that the media never took him for a serious candidate. Gee, I wonder why? Serves you right, you idiots 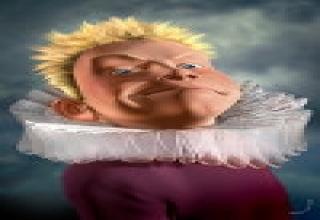