Some people, especially in America, show no class and forethought when handling their children. I noticed that many lack the skill of being a responsible parent. I've decided to write this blog after watching one of the features here on Ebaumsworld. Here's the video, even though it seems that the original one has been replaced with a shortened and censored one (the dicks weren't blurred out before).

First off, what's wrong with the parents?

The dad - he looks like a creep, who feels pleasure in violating his son's innocence. Look at that piece of shit's face! He's enjoying it. I bet he's got a hard on right now.

The sister - I'm guessing she's the author of the "art." She's so proud of her doing. It's a great joke to her. I'm guessing that she went through a history of perturbation and her mind is now so poluted, she's became one of the mind defilers herself. She's showing her mother how well she developed and that she's following her parent's footsteps

The mom - she's not in the room. You can hear her voice, coming from somewhere, but the video suggests that they are having a video call with her. She sees what's going on, because she reacts. With enthusiasm. They are showing homosexual pornography to her 11 year old son, and she's enjoying it. Where is she? Perhaps a mental asylum or a prison.

What kind of a family is that? Why did they not only do this to the kid, but also publish the video on the internet, adding text like "he's only 11" or "he's never going to forget this"? It seems like they are depriving this child named Drake (like being named after a Canadian rapper isn't enough) and filming it.

If you look closer, you'll find details suggesting that this isn't the first violation they've made to the child. Look at the boy. Noticed something peculiar? No? Look closer. Hint: his hands. Why is he wearing gloves in the house? Is it cold? His dad is wearing a t-shirt. Look further. When the boy notices he's being recorded, the first thing he does, he's trying to hide the gloves behind his back. That and act like he doesn't see the cameras. Weird, isn't it? What's wrong with his hands? Maybe something from one of the previous adventures his family served him?

Where are the child protective services here? We have evidence of a boy being sexually harrassed by his own family. Showing a 11 year old boy sexually explicit imagery, especially ones involving same sex physical contact, are not only wrong, it's preposterous.

People like this are the scorn of the society. The world was surprised that an Austrian pedophile was raping his daughter in a basement he was keeping her prisoner in, while his wife was living in the house and acted like she didn't know anything. Now look at this video and ask yourself a question - is this family normal? What else are they doing to the boy if they're not only able to violate his mind with such impurity and call it a prank, but also brag about defiling a 11 year old? 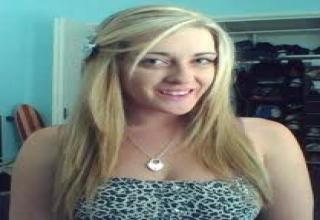 NEXT BLOG The Expressionless