A large and joyous good day to all of you on this fine middle of the week. I realized that I have not written anything in well over two weeks and I am here to put an end to my hiatus. I wanted to do so in a spectacular way, but, alas, it will probably be my usual mundane way of just completely wasting your time, which at this point I am more than fine with doing to all of you. On to story time then.

So, as the title states, I am either a great co-worker, or I am just...not that. The reason being, is that I am an office prankster. I actually got into a conversation with a friend of mine who said that I really should just sit down and write out the pranks I have pulled for people to enjoy reading about, so I will be doing exactly that for all of you. So, without further ado, here is the list of my successful pranks against my co-workers who I am suprised have not murdered me yet.

So, I work in IT. The biggest faux pa is to leave your computer unlocked and walk away. It is one thing just to change the background on a computer, I do things a bit differently. I ensure that everything is themed. A good example was the time that my coworker left his pc unlocked and he came back to a Carl Sagan themed desktop. The background was a custom Carl Sagan background that played tribute to his greatness. His icons were changed to Carl Sagan icons, and every single windows sound on his pc was replaced with a five minute clip from his pale blue dot speech. It was absolutely incredible. Other themes include, a Titanic theme, a YMCA theme, and quite a few others that were equally as hilarious, each with its own custom theme and windows sounds....a few of which required the computers to be rebuilt because I may have accidentally saved the themes over the windows default theme, and I was unable to undo the changes.

Moving on from the simple changes on an unlocked computer, I once found a track ball mouse that was from the mid 80's. I spent an afternoon tracking down the 4 adapters that I needed to be able to plug this device into a USB, and it worked. My coworker had an under the desk keyboard tray that would collapse in and out when he needed to use his computer. I waited until he was mid conversation with another coworker at the other coworkers desk. I quickly snuck over, tossed his mouse under his desk and replaced it with this VCR sized monster trackball mouse, I quickly pushed his tray under his desk and waited. About ten minutes later was just hysterical laughter from his cube because he could not believe that it actually worked.

I once walked up on a conversation two of my coworkers were having in a hall way. I walked over behind one of them while joining the conversation. I picked up his mouse off of his desk which was a wireless mouse that he happened to have. I continued to talk to both of them as I picked up our tape gun and proceeded to tape it to the cube wall of the other coworker that he was talking to. He literally got to watch me tape it to the wall, but because I did not tape it to his wall, he just thought that I was taping the other persons mouse to the wall. we laughed about it for a good 2 minutes before he decided to sit back down and realized that it was actually his mouse that I just blatently taped up.

I once came back to visit an office where I used to work to see how everyone was doing and just hang out for a bit. One of my former co workers was not in the office, so I walked over to the area where all the disposal stock was sitting and took about twenty or so monitors and stacked them in rows in his cube all facing his chair. I then conned his coworker into printing off a black and white image of the matrix background and taped the paper to every single one of the monitors and I lowered his chair to the ground just about to add a better perspective of everything when he sat down, I left a quick note from morpheus for him telling him to take the red pill.

I once with the help of a coworker stuck post it notes and labeled everything on another coworkers desk. I do mean everything, every single thing on his desk ended up with a post it note label for what that item was. On a similar note I also christmas wrapped my co workers desk. Even down to individual computer screws. The fronts of his cabinets, the entire cabinets, everything in the cabinets. his picture frames, the pictures inside the picture frames, and quite literally every single thing in his desk was wrapped neatly and placed back to where it was on his desk. We hung lights, we put up garland. it was absolutely epic.....he was not really happy with us.

That same coworker also came in to his desk being turned into a gigantic cube fort castle. He actually worked out of it for a couple of days before he bumped into the support pillar and it collapsed on him.

The last couple are probably funniest because of how long they took to work. I have a nasty habbit of setting things up and just forgetting about them until they happen. It is very much the clockmaker theory of creation applied to office pranks. The first of the two was that I took a kcup of coffee and emptied it into a user manual for a laptop. I then gently folded the book closed and set it inside my co workers monitor stand/ paper holder. I then completely forgot about it for about three months when I had coffee grounds dumped on my head to which I responded "WHAT THE FU...oh yeaaa" it turns out my co worker had finally lost it and had to find what was making his desk smell like coffee so when he picked up the book it dumped the grounds all over his desk and keyboard...which he then dumped back into the book, walked over to me...and returned them to my possession.

This last one was just as good and went on for just way way too long. So my co worker who I pranked sat next to another co worker who had a large stack of returned equipment on his desk. Just a good stack of junk keyboards and mice and various perripherals, I took one of the keyboards in the stack, tossed the cable over the cube wall and into the other cube, and just plugged it into the back of his docking station which effectively gave him two working keyboards. I then put the keyboard in about the middle of the stack with it still plugged in...and I waited. About three or four months later when my co worker finally decided to clean up his cube, he was quite surprised to find that he was tethered to another cube which caused him to drop half of the stack of junk he was carrying....but he quickly picked everything back up and just left it there and he went with it. From this point, he would randomly turn around and just type random stuff on that keyboard while the other coworker was at his desk, nothing obvious though. He would type just enough to be noticed but not enough to be given away. This went on for five months. Five whole months he messed with this guy. And then I added a mouse. Just hoping that this guy would notice the two new cables hanging in his cube....but he did not.  so for another three months my coworker was messing with my other co worker, and he was getting increasingly paranoid to the point that he was walking up and down our aisles looking over our shoulders to see what programs we had open,  because he was absolutely certain that we were remoted into his computer and were messing with him like that. At no point did he ever suspect my other co worker....but he suspected the absolute hell out of me, and at this point I had not done a single thing except provide the tools of chaos and mischief. So for the next two months, my co worker and myself were doing everything possible to get him to notice the wires. we stacked candy along his cube wall that the wires were on...but he would just walk by and grab a piece and just keep moving. We wrapped colorful tape around the wires, did not notice. It literally took us just non stop typing and moving his mouse and telling him to check for rogue hardware for him to notice. Ten months of this. It was one of the best dang pranks I have ever pulled, where I did not actually do the messing with, because in that time, until the last month, I did not touch that keyboard and mouse, and it was beautiful....also I may have driven my coworker slightly insane by doing that....which in hindsight kind of seems like a trend with my stories, where I will randomly drive someone near me to the brink of insanity. I try not to dwell on that.

there have been many many others, but these are a few of the choice ones, however I have been gotten back many times, so don't think that they would just let me get away with it. I have gotten multiple themes on my desktop ranging from ferrets to my little pony. they took twine and tied everything on my desk together, which was just absolutely hilarious. they saran wrapped my desk. The best thing they did though was dump a refrigerator box full of packing peanuts over the top of me while I was on the phone with a client. I was completely buried and had to maintain my composure on the phone. I ended up having to put the user on hold while I cleared space for my keyboard because I was no longer able to type properly while sitting in a mound of packing peanuts.....and those dicks did not even offer to help me clean up...but I guess I deserved the hell out of it, and it was all in good fun really.

I think I will leave it there for now, not exactly the most amazing story time, but I hope that I entertained a couple of you at least. Once again this has been another fantastic amount of time that was completely wasted by. 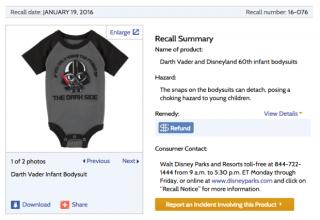