Just when you thought the band Third Eye Blind was completely irrelevant, they go and pull off some cool shit like this. At Tuesday night's Republican National Convention after-party for GOP allies and select convention goer's, Third Eye Blind was the musical act provided by the Recording Industry Association of America and AT&T. Little did those companies know that lead singer, Stephan Jenkins planned on trolling the entire event.

Jenkin's withheld the bands most popular songs until the end (Semi-Charmed Life being one of them) and went on a tirade about equal rights for gays and asking, "Who believes in science?"

The crowd was not pleased and when they began to boo, my Jenkins eloquently stated "Boo all you want, but I'm the motherfucking artist up here." Well played Mr. Jenkins. 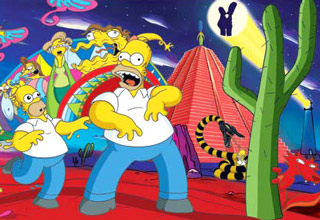