This list is compiled from the experts who have listened to rock/metal for quite a long time and have weeded out all the distractions to give you pure concentrated essentials of rock that no person should be without. That expert is of course me.

If you wanted to introduce rock to some foreigner who for some reason doesn't know anything about it, you'd probably illegally download burning software, then these files, then burn it to your unlabeled wedding CD and give to him. But who cares? Marriages are temporary, and rock is forever brotha!  Here is the ultimate "must have" music compilation.

"Well now you're here, there's no way back!"

Not only is this album probably the most ingenious album ever put together, it has ear-splitting and head-banging riffs you won't get out of your mind. You'll wake up in the middle of the night shouting, "And I raise my head and stare, into the eyes of a strangerrrrrrr!"

Anyway, you can safely press "repeat" and just leave it on for a few hours. This album is always dismissed as a gimmicky "concept album" not to be taken seriously because other rock albums don't have engaging story lines linking one song to the other, so it isn't "authentic." Breaking the Silence is probably the best, but I Don't Believe in Love is a close second. Of all 15 tracks, I can only list 2 that you would probably want to push the skip button but don't anyway. (1988)

Originally released in 1980 on the Blizzard of Oz album, when Rhoads joined the band after his original band Quiet Riot failed to get any real national attention. It wasn't until 5 years after his death in 1987 that the tribute album was released showcasing all the awesome out-of-studio free styling the man was capable of. Randy was a master of the solo that not only crammed in a lot of notes, but ones that seemed to tell a story about the song, which is a rare match.

What transitioned 70's "I wanna rock and roll all night" sugary pop-rock to the Masters of Metal sound of the 80's was Eddie Van Halen with his power chords, electronic riffs, and flat-out shredding on their self-titled debut album released in 1978. Everyone in music stopped and said, "Whoa! You mean we are going to have to actually be talented to keep up with this now?"

He set the bar so high that very few have been able to keep up. I don't want to name names, but stupid idiot (Yngwie Malmsteen) interpreted his speed as what people really wanted, but "forgot" that sounding good was also important, and using, what sounded like an egg beater on high speed, instead of a guitar pick, would not even sell-out a chicken coop at the Iowa State Fair. After this album, everyone tried to copy Eddie's "tapping" but only the inventor can master his own craft.

7. Metallica. Ride the Lightning: For Whom the Bell Tolls

In 1984, Metallica really got everyone's attention away from their scream-style of "singing" on their 1983 album Kill 'em All to their I'm-coming-to-kick-your-ass performance in Ride the Lightning. Songs such as: Escape, Ride the Lightning, and the balladish Fade to Black are all TRUE hammers to the skull not to be outdone by For Whom the Bell Tolls. Grammarists also give them credit for using "whom" because the world was ready to shitcan that stupid word until they came along.

Released in 1982, this song embodies the emotion of the album cover. It starts out with a thunder clap, goes straight into a howling guitar solo only to lull you into a sense of a heartfelt guy/girl apology love song, then before you can take out your lighter, raise it up to accidentally start some dudes hairspray-doused mullet on fire in front of you, it blind sides you with a violent sucker punch, shocking you back to reality, then set it up all over again. At your home with your Bose 901s and equalizer cranked up, it WILL cause you to rock-out and bash your own face through a nearby window, no doubt about it.

5. Scorpions. Love at First Sting: Rock you Like a Hurricane

Lightning strikes twice in 1984, the Golden Age of rock / metal, Scorpions minted probably the best rock album of all time. Bad Boys Running Wild, Coming Home, Big City Nights, I'm Still Loving You, and 'Hurricane.'  I don't have the numbers, but guitar sales must have skyrocketed as every male in America wanted one just to play the opening riff of this classic of classics. Truly an awesome song, and even to this day I still can't understand what in the world they are saying with their German accent, but it's the rad licks that are what counts.

After many great songs in their repertoire, this one is purely like getting shot out of a friggin' cannon, ass-first, with nothing on the other end to break your fall but a pile of burning tires, and it never lets up. It's like they all sat around and said, "Ok, it's good, but how can we ramp up and assault the crowd at every angle at the same time?" The answer finally was this masterpiece. Anyone who rocked out to this song, will get up out of their wheel chairs at age 90 and still feel like moshing and breaking their cane over the closest person's head.

Another absolute game-changer came in 1987 with the release of this album of a bunch of drunk anti-social scumbags who crawled out of a heroine den to vomit all over society and everyone clawed each other to eat it. Seriously, what song is NOT good on this album? Rocket Queen with it's scorching rise and soft falls, to the I'm-going-to-shit-down-your-neck of Welcome to the Jungle. You can be the worst singer in the world, but if you sing 'Sweet Child' you're a hero for even trying. Want to hit on that concert or house party babe? Put your arm around her and sing terribly when this song is on, it might be your only chance to score.

After the death of lead singer Bon Scott, the band decided to soldier on with new lead singer Brian Johnson in 1980 with a performance that was so dominating, fans at concerts whispered, "Maybe rabid alcoholic Bon Scott's passing wasn't such a bad thing after all?" Brian Johnson's strained guttural machinations ripped open the rock time/space continuum with scores such as: Shook me All Night Long, Hell's Bells, Rock and Roll Ain't Noise Pollution, and the aforementioned, Back in Black. The song makes no freakin' sense in the world but it doesn't matter. It's a brass knuckle to the face with poisoned spikes and no matter how many times you hear it, it doesn't get old.

The Head-Bangers' National Anthem world wide, is the song that coined the phrase, Quiet Riot's Metal Health, 1983. It has all the ingredients: hard drums, power chords, sweet riffs, rebellion leading up to migraine-inducing screams of F.T.W.! After the mild screaming it moves on to intense screaming, then an insane guitar solo to a calm break down riff before putting the foot on the gas with a crescendo of more "you can't control me, watch this!" of more fist-pumping lawlessness. 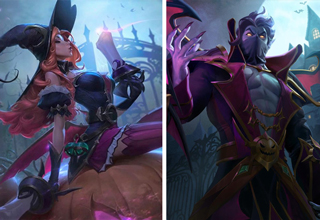