Halloween is right around the corner, and it’s time to breakout some badass horror movies. Whether it’s for you to watch alone in the dark or you’re  looking for something that will have your date jumping and grabbing you to save them, these are some of the best horror films on Netflix right now.

This supernatural thriller centers around David, a film archivist who suspects his wife is having an affair. After following her one night and confirming his suspicions, she suddenly disappears without a trace. Distraught and searching for answers, David stumbles upon a video that shows an arrest of a murderer who committed grizzly acts in his home in 1902. David begins to wonder if there is a supernatural reason for his wife’s disappearance.

This is one of three classics on the list that are must-sees. Roman Polanski’s 1968 horror/thriller masterpiece Rosemary’s Baby stands the test of time. Surrounded by nosey neighbors and plagued by horrific dreams, Rosemary (Mia Farrow) begins to wonder if she is carrying the child of Satan.

This is probably my favorite new horror movie on the list. It centers around a single mother and her difficult son who one day receives a children’s book in the mail called The Bababdook. Disturbed by the it’s contents, the mother tries to destroy the book, which keeps returning. One thing they learn very quickly is that you can't get rid of the Babadook when he chooses you to be his next victim.

The Omen, the movie that started a whirlwind of straight to DVD sequels. Although it doesn’t stand the test of time as well as Rosemary’s Baby, it definitely still has the creepy factor that made it such a big hit. The Omen centers around Damien, the adopted son of and American ambassador and his wife. Strange things happen around Damien: he can’t be around churches, and animals go into a frenzy when he is around. As the movie progresses we see the true extent of Damien’s sinister existence.

This is the movie that started the ‘90s teen-scream revolution. This movie’s opening scene is as disturbing as the first time I saw it in the mid-90s. If you’ve never seen this film, and you are a teenager; call your date over, make some jiffy-pop and take the phone off the hook.

House of the Devil really impressed me with it’s attention to 1970s-horror-movie details. Shot in 2009 and set in the 1970s the film centers around Samantha Hughes, a college student who has just received an extension on her rent for her new apartment. In order to make some quick cash she responds to an ad for a babysitting position for an elderly woman at a house outside of town. Little does she know that the night will involve her dealing with a group of powerful Satanist.

Oskar is a 12 year-old boy who lives with his mother in the small town of Blackeberg, Sweden in 1981. He is bullied in school and has little or nothing to do in his snow-covered suburb. That is until a new neighbor moves-in next door. The neighbor is an odd girl his age that he only sees at night and seems to walk around in the snow without shoes on. As the film progresses Oskar realizes that his new friend might have powers that are beyond either of their control. This is one of the best horror movies I’ve seen in quite a number of years.

This is probably the scariest documentary ever made. It focuses on the thousands of people around the world who suffer from sleep-paralysis: a condition where the person affected is half-sleeping, half-awake, and completely unable to move. The film is shot in reenactments of the first-person descriptions of their sleep-paralyses and the things they experienced. Do not watch this documentary before going to bed.

This movie really surprised me with how original and frightening it is. Flashing back from modern day to 2002, this movie follows the story of Kaylie and Tim, a brother and sister whose mother and father went insane shortly after moving into a new home that was possessed by a recently purchased ancient mirror. The dual plot line of the modern day siblings and the siblings in 2002 fighting the mirror’s evil powers makes for a really intense plot-line.

From director Jee-woon Kim comes the super suspenseful murder flick, I Saw the Devil. I don’t want to spoil anything about this movie so let’s just say it’s a cat and mouse game between a deranged serial killer and a vengeful police chief. The final scenes of the movie will have you gripping the arm of your partner or a chair. 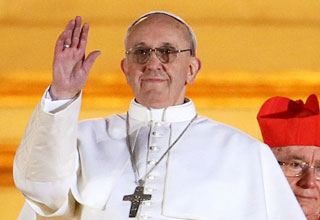 NEXT BLOG 5 Things More Exciting Than The New Pope