Anthony Scaramucci has been fired from his position as Director of Communications for the Trump Administration, just 10 days after being hired. The "Mooch" as people online dubbed him served his country as best he could in the short time he was given. Serving up some great quotes like, "I'm not here to suck my own dick!" and missing the birth of his child to help Trump eat KFC drumsticks, but after a short 10 days of service, the internet couldn't be happier to see him go. Here are some of the best tweets reacting to his dismissal:

Working at the White house these days like. #Scaramucci #Mooch pic.twitter.com/E4agyb1auu

*we'll always have the quotes* pic.twitter.com/nwucOazI10

Republicans pretend they are the party of "family values," but #Scaramucci threw his family in the trash for 10 days of fame. Very sad.

I can't wait to see who's voted off next! pic.twitter.com/GgqDolnjWZ

Just 10 days after being hired as the WH Communications Dir., #Scaramucci is fired! pic.twitter.com/Qvh4XdIkV1

Can't get fired if your job hasn't officially started yet #Scaramucci pic.twitter.com/DFNMD6KTkY

For someone who's never worked in communications, @Scaramucci is a very impressive communicator.
Great hire, @realDonaldTrump. pic.twitter.com/6Tvq5vYs84 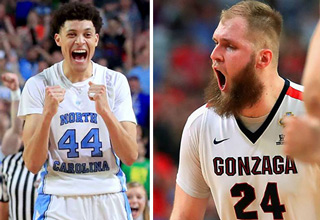