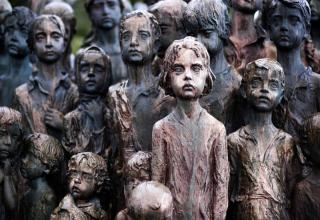 RELATED MEDIA
Memorial for the town of Lidice in the Czech Republic, where a high-ranking Nazi officer was killed and Hitler personally ordered the murder of everybody in the town and most of the children were taken away to concentration camps. “The only adult man from Lidice actually in Czechoslovakia who survived this atrocity was František Saidl (1887–1961), the former deputy-mayor of Lidice who had been arrested at the end of 1938 because on 19 December 1938 he accidentally killed his son Eduard Saidl. He was imprisoned for four years and had no idea about this massacre. He found out when he returned home on 23 December 1942. Upon discovering the massacre, he was so distraught he turned himself in to SS officers in the nearby town of Kladno, confessed to being from Lidice, and even said he approved of the assassination of Heydrich. Despite confirming his identity, the SS officers simply laughed at him and turned him away, and he went on to survive the war.”
14/14
1/14
Categories: Wtf
Tags: dark disturbing wtf sad 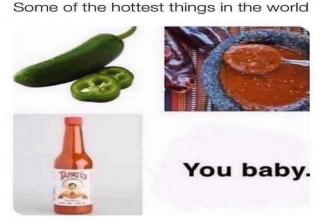 NEXT GALLERY memes and sexy women