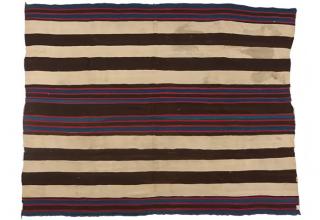 RELATED MEDIA
Back in 2007, one Californian man was barely getting by on disability checks after losing his leg in a car accident. "I had kids to take care of, no money. Nothing saved up or nothing like that," Loren Krytzer looked back on that time. Around the same time, he inherited an old blanket after his grandmother died, which nobody in his family wanted. "I don’t want that, that dirty old thing," he recalled his sister saying. One night, in 2011, Loren was watching an episode of Antiques Roadshow in which one man was shocked to find out that his First Phase Navajo blanket was actually worth around half a million dollars. The appraiser then explained that such textiles were super expensive even in their own era. "I paused it and I went and got the blanket and I’m sitting there holding it. … I’m lining up the lines on the TV with the blanket, seeing if they match," Loren recalls. And he realized that they were nearly identical. Soon enough, Loren Krytzer walked into the California auction room unemployed, broke, and depressed, to walk out a millionaire—the old Navajo blanket from the 1800s that nobody in his family wanted turned out to be worth $1.5 million.
20/20
1/20
Categories: Ftw Wow Win
Tags: wow cool 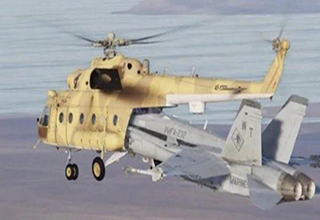 NEXT GALLERY 34 Funny Memes To Share and Laugh At