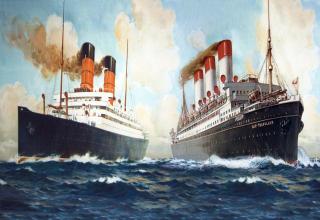 RELATED MEDIA
The RMS Carmania. In 1914, just after the outbreak of the First World War, Germany had a cunning idea. They needed to ensure naval superiority in the Atlantic, but there was no way they could manufacture enough new battleships in order to contest what was traditionally Britain’s inviolate domain.

So, they took the SMS Cap Trafalgar – an 18,700tn luxury ocean liner and retrofitted it with two 4.1inch guns and six 1lb “pom-pom” autocannons so that this colossal Frankenstein’s Monster of a ship would appear to be a cruiser under the command of the British Merchant Navy.

On the 14th of September 1914, after a fruitless first voyage ending with no sightings of any targets and being forced to refuel empty-handed, the “RMS Carmania” met its first-ever opponent just off the coast of Trinidad. It was *THE* RMS Carmania, a 19,500tn ocean liner retrofitted with eight 4.7inch guns and deployed as a cruiser by the *REAL* British Merchant Navy. -u/Infernal_Contraption
25/25
1/25
Categories: Facepalm Wow
Tags: assassination of u s president james a garfield history wow events crazy absurd historical events weird history war stories odd history erfurt wojtek the rms carmania juan pujol garc a ivan the terrible the cadaver synod napoleon 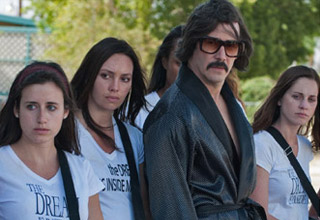 NEXT GALLERY 64 Great Randoms for Your Cornucopia of Pics