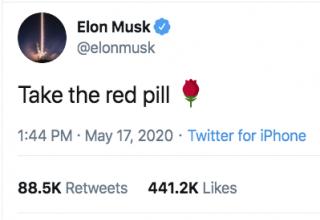 RELATED MEDIA
Somehow Elon Musk is trapped in the cultural on-goings of 2012. Take the 'Red Pill', really bro? What f-ing year is it? Elon Musk, the dude who just had a baby and has been having a heck of a month, is what a 'Men's rights' bro? Are you now going to MGTOW? For those who don't know, the 'red-pill' is a meme taken from The Matrix and has been co-opted by memers to symbolize the 'waking up' or the enlightenment one feels after taken it and opening their eyes to the truth. And this truth, originally was the truth of MGTOW, at least in the cannon of the 'red-pill'.
8/8
1/8
Categories: Facepalm Karens
Tags: elon musk the matrix red pill lol funny wtf 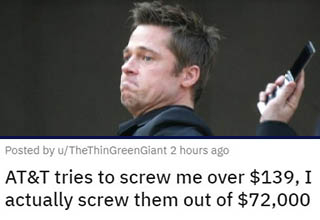 NEXT GALLERY AT&T Don't Realize They're Screwing a City Councilman, Live to Regret It