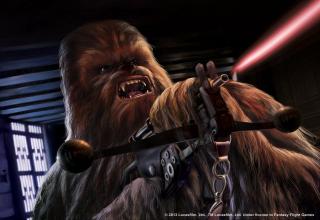 RELATED MEDIA
Named after the great war chieftain Bacca the first Chieftain of the Wookies. He was born on the lush forest planet Kashyyyk, to the proud warrior Attichitcuk. At a young age Chewbacca differed greatly from his Wookiee clan. The Wookies by nature remained in the safety of their forest kingdom, but Chewbacca would often venture far from it in search of adventure and challenges. Before he reached the age of 100, Chewbacca had already left the planet many times, but always returned for the holidays.
8/8
1/8
Tags: star wars yoda han solo jabba the hutt pizza wookie 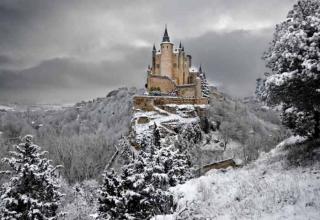