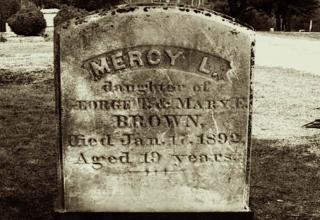 The Mercy Brown Case, One Of History’s Craziest “Vampire” Incidents

In the late 1800s, New England was in the midst of a vampire fad—but it was nothing like the Twilight vampires of today. No, these New England vampire scares were a bit too real. Not so real that the supposed vampires were, in fact, vampires, but real enough that a disease was spreading and consuming humans. Rhode Island, Connecticut, and Vermont were all suffering from outbreaks of tuberculosis, called consumption at the time. Its cause was still unknown at the time, although people knew that once one family member got the disease, others were soon to follow.

The popular theory of the time was that the first infected member of a family was draining life force from their relatives, functioning as a sort of living dead. Those who died from consumption were exhumed and examined. If their body seemed “too fresh”, it was assumed to be still feeding on the living.There were a number of ways proposed to stop this vampiric feeding. The simplest and least gruesome was turning the body in its grave, so it faced toward the earth. Others would burn the organs of the body. Sometimes, this was combined with decapitating it. Some even believed that inhaling the smoke and ash from the burned organs would cure their tuberculosis. Mercy Brown's was perhaps the most infamous case of exhumation. Her family did not agree that vampires were to blame for consumption and did not want her body exhumed. However, when the other villagers insisted, her father capitulated, wisely noting his neighbors’ mob mentality. When Mercy was dug up, her body showed signs of “fresh blood”. It had also turned, seemingly by itself, in its grave. The villagers panicked and burned her corpse. They reserved the ashes made by the heart and mixed them with water. Then, they forced Mercy’s brother, who was currently suffering from consumption, to drink those ashes. Although the villagers thought that this would cure his illness, brother Edwin died two months later. Some people suggest that Bram Stoker’s Dracula character Lucy Westenra was based on Mercy. The story has remained popular in Exeter, the Rhode Island town the Browns called home. 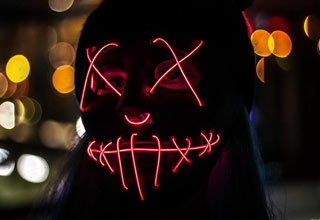