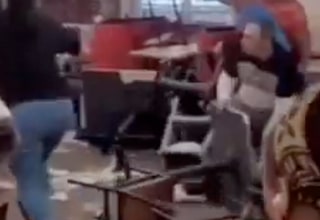 NEXT VIDEO Golden Corral Runs Out of Steak, Erupts into Violence