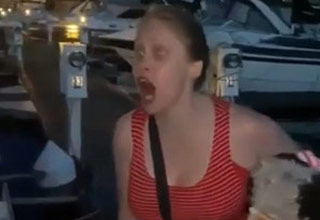 NEXT VIDEO Karen Has a Meltdown on Boaters Because Well, That's What Karens Do