Top
Autoplay On
Next Video

More info from the video's creator:

Four-year-old Mikey has been sent back with his abusive mother because of court failures and corruption. This video went viral on Facebook before Mikey's abusive mother had it removed.

Corrupt Judge Lee Ann Hill of McLean County, Illinois wrote an order for Mikey's father, Michael Sr., to be arrested in Massachusetts for not returning his son to the boy's abusive mother in Illinois. Michael Sr. remains behind bars and will be extradited to Illinois for failure to appear in court with a $25,000 cash bail.

Judge John P. Cronan of Canton Probate Court in Canton, Massachusetts could have stopped this. He could have changed the jurisdiction of the case from Illinois to Massachusetts. Instead, this poor child back in the hands of his mother, who not only physically abused him numerous times, but is on probation for running a methamphetamine lab in her apartment, with Mikey present.

The video shows our good friend Shannon at the police station trying to explain to Mikey that he has to go with his mother while the rest of us stand helplessly crying. We have so little faith in our judicial system anymore, when who has connections and money is more important than the best interests of the child.

Here is an emotional video from Mikey's father that explains more details about the situation. 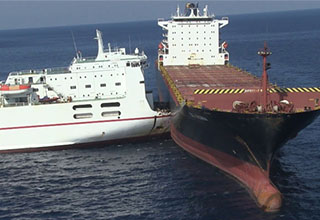